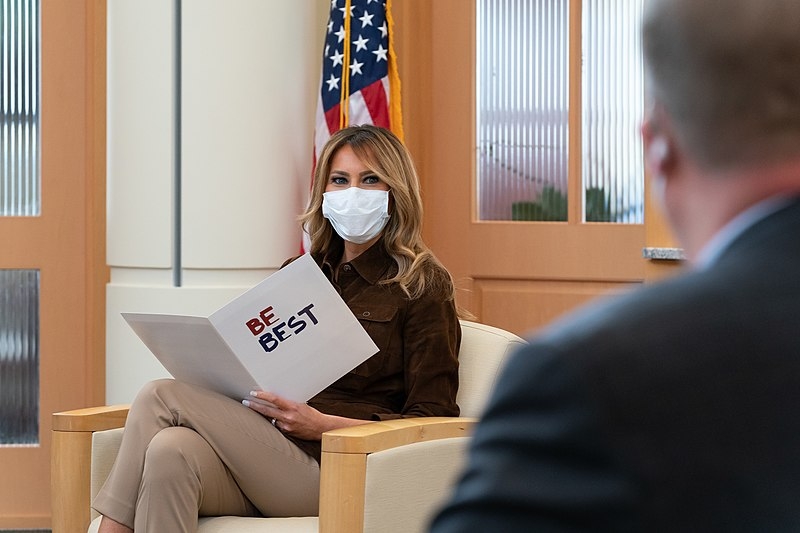 First lady Melania Trump, much like her predecessors or any public figure, is subject to scrutiny by the media and the public. Melania once weighed in on the scrutiny placed on her, saying that she thought she was bullied the most in an old interview.

Back in 2018, Melania spoke with ABC News about her Be Best initiative that focuses on the well-being of children and cyberbullying. The first lady said that she believes she is “the most bullied person in the world,” citing the media’s scrutiny of her as an example.

“I could say I’m the most bullied person in the world,” said Melania. When pressed further, the first lady said, “One of them, if you really see what people saying about me.”

Melania’s comments come as the Duchess of Sussex, Meghan Markle also said a similar comment recently. The Duke and Duchess of Sussex appeared in an episode of the Teenager Therapy podcast that was released during National Mental Health Day. Meghan talked about the hate comments she received during her time as a full-time Royal back in 2019. Although the Duchess has never spoken about Melania, she has publicly criticized her husband Donald Trump.

“I’m told that in 2019 I was the most trolled person in the entire world - male or female,” said Ms. Markle. “Now eight months of that I wasn’t even visible. I was on maternity leave or with a baby but what was able to just be manufactured and churned out, it’s just unsurvivable.”

The Duchess also noted that regardless of age, malicious comments can take a toll on a person’s mental health.

Recently, the Department of Justice filed a civil lawsuit towards Melania’s former friend and advisor Stephanie Winston Wolkoff over her tell-all book describing her friendship with the first lady. The DOJ cited that Wolkoff breached a confidentiality agreement that she signed back in 2017 and claimed that the agreement had no termination date. They also demanded that the profits Wolkoff made from the sales of the book were to be placed in a government trust.

News of the lawsuit sparked criticism, including criticism from other attorneys who argued that this is another instance of the Justice Department being used by the Trumps as their personal lawyers.