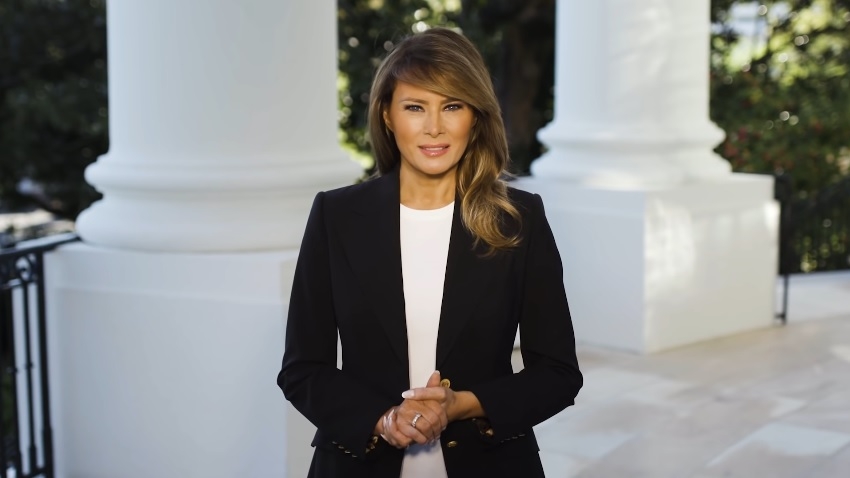 United States First Lady Melania Trump was allegedly snubbed at a global benefit concert for the World Health Organization’s (WHO) COVID-19 efforts. The report comes as Trump’s predecessors, Michelle Obama and Laura Bush, appeared in the virtual event with a joint video message of hope.

Melania Trump snubbed for a global benefit concert for COVID-19?

Fans around the world tuned in to the “One World: Together At Home” concert that on April 18. It featured a long list of music artists who performed from their homes as a donation drive is taking place to benefit the WHO’s efforts in battling COVID-19. The concert was only available online with performances from Jennifer Hudson, Adam Lambert, Sheryl Crow, Common, Billy Ray Cyrus, John Legend, The Killers, Luis Fonsi, Jessie J, and many more.

Former First Ladies @MichelleObama and @LauraWBush appeared on One World: #TogetherAtHome to stand in solidarity with @WHO and the incredible health care workers defending our communities against COVID-19. Do your part to fight this crisis at https://t.co/26xVXSb0qy. pic.twitter.com/yTxjQfGE1Y

Bush and Obama also graced the event in a video message where they shared a joint message of encouragement as most Americans stay in their homes to observe social distancing guidelines. Some people then wondered why the current First Lady, Melania Trump, was not included.

Inside Edition’s sources claimed that Melania Trump simply was not invited. It is further speculated that not including the sitting First Lady could be related to her husband’s recent media tussle with the WHO. Earlier this month, Donald Trump made pronouncements about holding WHO’s funding. In his tweet on April 7, he also called the agency “very China centric.”

Melania Trump’s efforts amid a pandemic

Critics have also questioned Melania Trump’s efforts during the pandemic with some even alleging her of being missing in action. But another source told Inside Edition, “It’s hard not to be 'AWOL' while in a pandemic, but she’s been doing PSAs, video messages, and heavy social media in the meantime – which is the responsible thing to do.”

The First Lady has, indeed, been active on social media for the past weeks appearing in several video messages and posting tweets about the need to wear cloth face coverings in public. Most recently, the White House released another PSA where Mrs. Trump addresses the senior citizens.

“These changes in our everyday living will not last forever and we’ll be able to visit with our loved ones soon again,” Trump said in a PSA for American seniors. “Until then, I encourage you to stay in touch, keep your spirits high, and remember all of America is working together to keep you healthy and safe.”