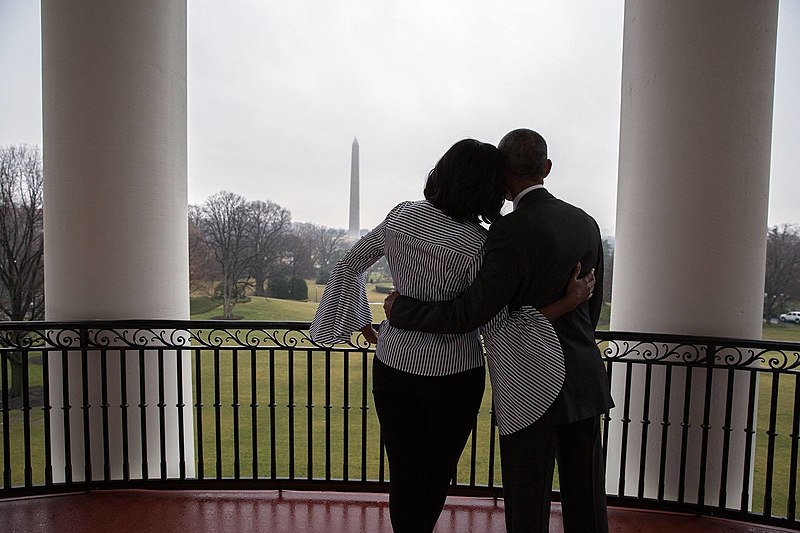 Father’s Day was celebrated over the weekend even in the midst of the pandemic, and many people everywhere have taken to social media to make tributes to their dads. Former first lady Michelle Obama also posted a tribute to her husband Barack Obama on this special day.

The former first lady shared a throwback photo of her husband with their daughters Malia and Sasha on social media. “Thank you for the way you love our girls - and all the young people in this country, no matter who they are or where they come from. We feel your warmth and generosity today and everyday. Happy #FathersDay Barack!” tweeted Mrs. Obama.

The former first lady also gave a shoutout to fathers everywhere through the promotion of the Footprints Foundation, a non-profit that focuses on adolescent girls’ education and health. Michelle shared a video of its founder, Eric Mlambo, reading a letter to his daughter, telling her about how she has inspired his work.

Two days prior was Juneteenth, a significant day of remembrance among African-Americans as it marked the end of slavery on June 19th, 1865. It was on that date that Union General Gordon Granger read the Emancipation Proclamation to the freed slaves in Galveston, Texas. This took place two and a half years after Abraham Lincoln decided to abolish slavery, with Texas being the last state where the order was announced.

The former first lady shared what the holiday meant to her and her family on social media, sharing the story of her grandfathers, who were grandchildren of enslaved African-Americans. “And though they didn’t live to see it themselves, I can see the smiles on their faces knowing that their great-granddaughters ended up playing ball in the halls of the White House - a magnificent structure built by enslaved Americans,” wrote Michelle.

Mrs. Obama then urged Americans to continue using their voices, and most especially their votes for the upcoming elections as a way to keep moving forward for progress.