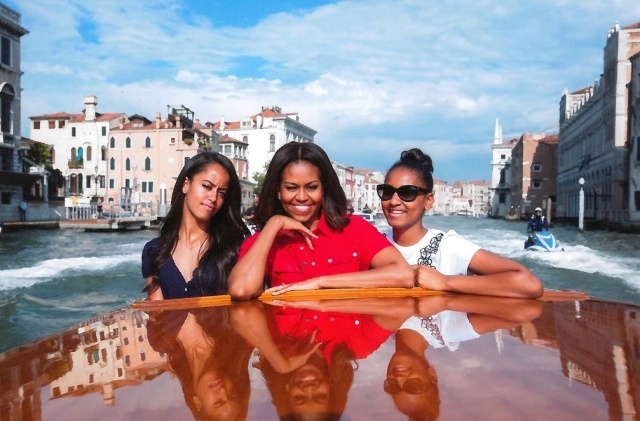 Michelle Obama once occupied the White House as the First Lady of the United States and when they stepped down from the post, she revealed that they decided to stay in Washington and now their new home located just a few blocks from the official presidential residence at 1600 Pennsylvania Avenue.

In 2017, after serving the nation for eight years, Michelle, Barack and their daughters Malia and Sasha had left the White House. However, they did not return to their original hometown and decided to settle in Washington.

Michelle Obama appeared in “The Ellen DeGeneres Show” in 2018 and during her interview with Ellen, she revealed that they made the decision to stay because Sasha was still studying and they want her to finish studying in the school she was enrolled in at that time.

The former First Lady shared that they bought a Tudor-style home and she chose it because Barack Obama was busy to go house-hunting. Their new place has a sprawling garden and everything else that they want but Michelle Obama revealed her husband is actually not really pleased and the reason was hilarious.

It was because he did not have enough space for his office. It was small and Michelle said in jest that Barack is hating on her daughter Sasha as she was the reason he has that small area for his office.

Shasha’s area in the Obama home

Michelle Obama said that her youngest daughter Sasha has her own suit. It is complete with two bedrooms and her own living room. While on the other hand, Malia uses the attic for her room.

"Sasha actually killed in this house. She has a two-room suite, it's all decked out,” she told Ellen. “She has a living room area and a bedroom. "Barack got the smallest room for his office so he's really hating on her."

Meanwhile, Michelle Obama and her husband are endorsing Joe Biden to be the next president of America. As per Reuters, she recently launched a “blistering attack” on Donald Trump last month and urged the citizens to vote Biden in the upcoming presidential election in November.