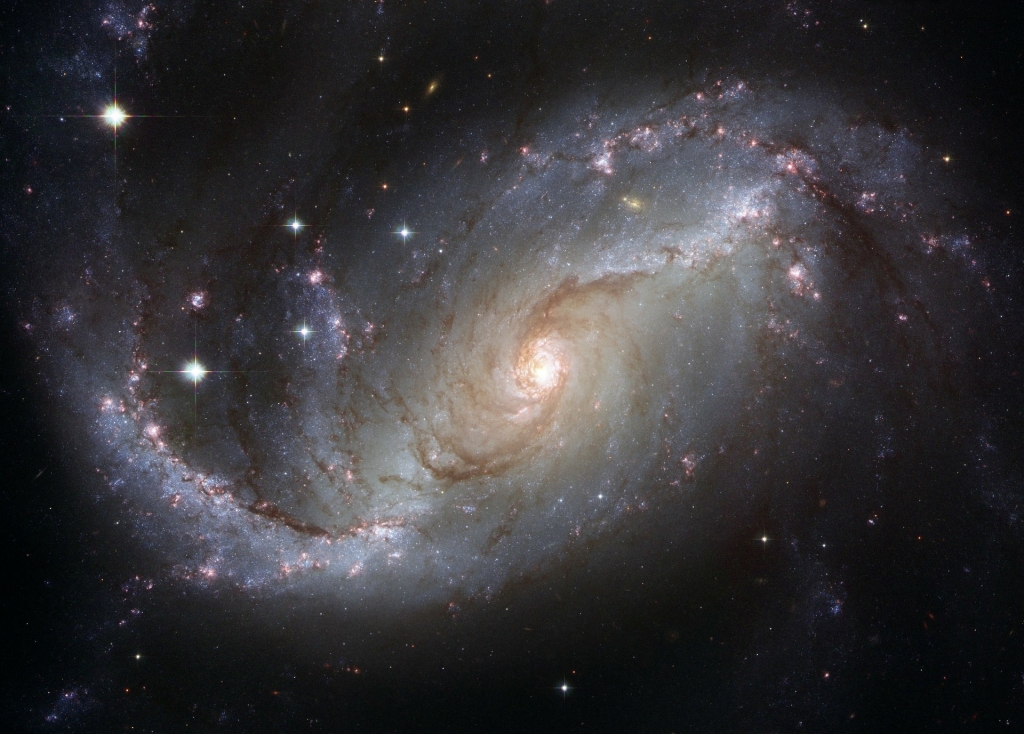 Galaxies are made up of tens of billions of stars, and its resulting shape is a thing of wonder among astronomers and space enthusiasts. Recently, the Hubble Space Telescope snapped a photo of one particular galaxy to which NASA describes as looking “ghostly.”

The agency released a photo of the eerie-looking galaxy referred to as NGC 4848 located 316 million light-years from Earth. The faint, eerie glow coming from the galaxy is caused by gas and dust that is being reflected by the surrounding stars. NGC 4848 can be viewed by those who are located in the Northern hemisphere and with a large telescope on hand.

“In this image, taken with the NASA/ESA Hubble Space Telescope, the stunning silvery-blue spiral arms of galaxy NGC 4848 are observed in immense detail. Not only do we see the inner section of the spiral arms containing hundreds of thousands of young, bright, blue stars, but Hubble has also captured the extremely faint, wispy tails of the outer spiral arms,” said the agency, that also noted that there are other diverse galaxies shown in the background. NGC 4848 is located in the constellation of Coma Berenice.

The ghostly galaxy was first discovered in 1865 by German astronomer Henrich Louis D’Arrest.

Aside from this ghostly galaxy, the Hubble has also snapped photos of galaxy NGC 604 found 2.723 million light-years away from Earth. NGC 604 could be seen in one of the spiral arms of NGC 598 or M33. NGC 604 looks similar in appearance to other star-forming regions within our own Milky Way galaxy like the Orion nebula, but much bigger and is home to younger stars.

According to NASA, NGC 604 contains over 200 blue stars within the cloud of gases measuring around 1,300 light-years in diameter. The stars found in NGC 604 were formed three million years ago, making them much younger compared to other stars in the galaxy.

The biggest stars found in NGC 604 have a mass of 120 times more than the Sun. The surface temperatures of these stars go up to 39,980 degrees Celsius along with emitting ultraviolet radiation, which gives these stars a glow.