FxWirePro- Top altcoins for the day (Strength index)(ROSEUSD and KAVAUSD)

FxWirePro- Top altcoins for the day (Strength index)(ATOMUSD and ONEUSD) 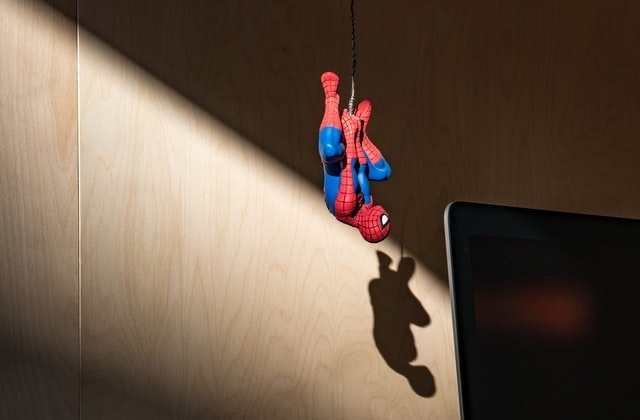 AMC Theaters and Sony revealed last weekend that it would be offering non-fungible tokens of NFTs to moviegoers who will buy tickets for “Spider-Man: No Way Home” in advance. The selling of tickets has been scheduled to begin at midnight on Nov. 29, and an unexpected thing has occurred.

According to CNBC, when the clock struck at 12 midnight on the said date, it appears that thousands of ticket buyers have rushed online to reserve or buy theirs. This is because all the local online ticket sale outlets have crashed within minutes of ticket release.

It was said that this event is something that has never happened to the box office since the COVID-19 struck and ultimately turned into a pandemic that has affected the whole world. Experts said that this is an indication that with the right titles, the theater industry still has a bright future.

Likewise, while the NFT offering may have also played a role in the rush of ticket buyers that caused ticketing servers to crash, it shows that “Spider-Man: No Way Home” is simply one of the most anticipated movies this year.

The pandemic has crippled the theater and cinema business, and recovery has been slow, but the steady momentum in the last six months has bestowed confidence that the business will eventually bounce back.

It was mentioned that some of the sites that have crashed due to the overwhelming ticket demand include Fandango, Atom Tickets, and MovieTickets.com. People have also endured long queues on AMC Theaters, Regal, and Cinemark.

“There are different tiers of intense fan demand when it comes to box office pre-sales, and this film is clearly showing it belongs near the top with a select few others,” BoxOffice.com’s chief analyst, Shawn Robbins, said in a statement.

Meanwhile, AMC Theaters and Sony Pictures are giving away 86,000 NFTs to early buyers of “Spider-Man: No Way Home” movie tickets. The members of AMC Investor Connect, AMC Stubs Premiere, and AMC Stubs A-List who will purchase tickets before the Dec. 16 movie opening will get free NFTs.

Adam Aron, AMC chairman of the board and CEO, said in a press release, “Our AMC Theatres guests and our AMC Entertainment shareholders have been calling for AMC to get into the world of NFTs, and we couldn’t imagine a more perfect way to start doing so than with our good friends at Sony Pictures.”