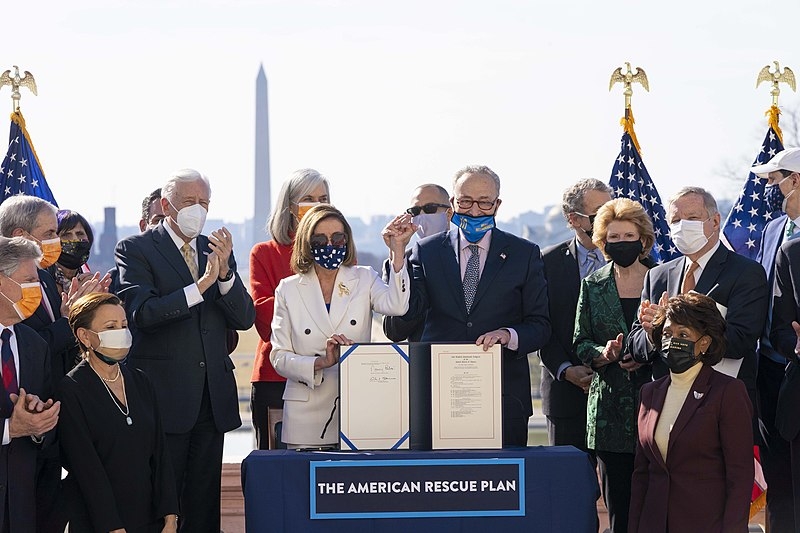 Among the provisions that are included in the Democrat-led social infrastructure package is that of paid family leave. In a rare political statement, the Duchess of Sussex, Meghan Markle, has urged House Speaker Nancy Pelosi and Senate Majority Leader Chuck Schumer to pass paid family leave.

Markle penned an open letter to Pelosi and Schumer to make her case as to why paid family leave should be passed in Congress. In her letter, Markle said that she was writing to them as a parent advocating for paid leave, noting that many parents are unable to take time off to properly care for their children. This comes as Democrats appear to be in the last stages of negotiations over the Build Back Better social infrastructure bill that would include provisions for climate change and care for families.

“I’m writing to you at this deeply important time -- as a mom -- to advocate for paid leave,” wrote the Duchess in her letter that was shared to media outlets.

“Paid leave should be a national right, rather than a patchwork option limited to those whose employers have policies in place, or those who live in one of the few states where a leave program exists. If we’re going to create a new era of family first policies, let’s make sure that includes a strong paid leave program for every American that’s guaranteed, accessible, and encouraged without stigma or penalty,” wrote the Duchess.

In other news, the House has voted to hold former strategist to Donald Trump, Steve Bannon, in contempt for defying a congressional subpoena served by the House Committee that is currently investigating the Capitol insurrection. Nine House Republicans joined the Democrats in voting in support of the criminal contempt referral.

Following the vote, Pelosi has submitted the report to the DC US Attorney’s office which would then be handled by the Justice Department for prosecution.