Donald Trump 'strong-armed' the RNC into paying his legal fees 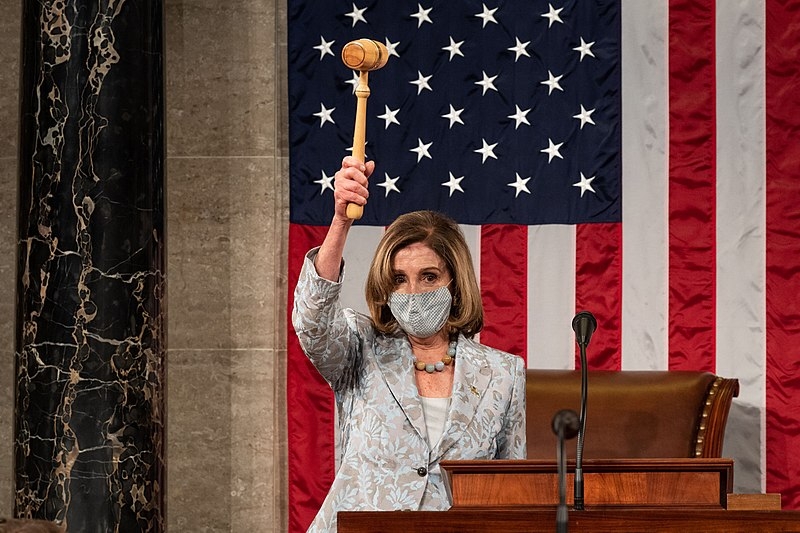 China has come under fire for its alleged human rights abuses in the form of its treatment of its Uyghur Muslim community. US House Speaker Nancy Pelosi said that the House would come to a vote on a piece of legislation aimed to punish China for its treatment of the Muslim minority.

Bloomberg reports that the House will come to a vote on a bill that seeks to punish China for its alleged treatment of Uyghur Muslims. Pelosi said that the vote may be done this week on the Uyghur Forced Labor Prevention Act, which will direct the US Department of Homeland Security to create a list of entities that collaborate with the Chinese government in the treatment of the Uyghurs in Xinjiang and other minority groups.

A provision on the bill would assume that all goods coming from China were made with forced labor unless the head of the US Customs and Border Patrol makes an exception.

This follows the Biden administration’s announcement of a diplomatic boycott of the 2022 Beijing Olympic, citing human rights abuses.

“As one united international community, we have the opportunity and responsibility to hold Beijing to account and to stand up for human dignity and freedom in the region and around the world,” said the House Speaker in a statement.

A bill similar to what will be voted on this week has already passed the Senate with bipartisan support.

China’s foreign ministry criticized the announcement of a diplomatic boycott, and its spokesman Zhao Lijian dismissed the allegations towards Beijing’s treatment of Uyghur Muslims.

Pelosi has also been put on the spot following the feud that broke out in Congress that stemmed from Islamophobic attacks by Republican Rep. Lauren Boebert on Democratic Rep. Ilhan Omar. Omar said that she is confident that Pelosi will take action against Boebert for her anti-Muslim rhetoric, following a video of Boebert that circulated social media, describing Omar as a member of the “Jihad Squad.” Boebert also made a false claim that Omar was mistaken as a terrorist in the Capitol.

Several House Democrats are calling to have Boebert censured and stripped of her committee assignments following the attacks.