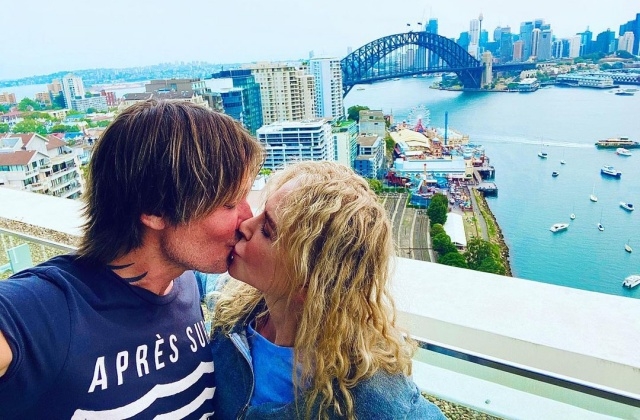 Nicole Kidman and Keith Urban are said to be victims of the Scientology church as they are being targeted by spreading malicious rumors about them. It was said that the couple was stunned and “shaken” after they were branded as rude and entitled by some Scientologists.

Woman’s Day reported that it is believed that crook members of the controversial church, which is known to be fully supported by Tom Cruise, were behind the malicious rumors about Nicole Kidman and Keith Urban. The magazine included two malicious comments that were posted on “Deux Moi,” a gossip outlet, about the pair and those words, seem to have been written with the intention to ruin the couple.

The comments were said to have placed Nicole and Keith in a bad light. With one commenter claiming that their father worked for the couple when they were still living in their apartment in New York.

The poster insisted that the two are the worst kinds of people. The other one said that he can confirm that Nicole Kidman is a really difficult person to be with.

“She used to live in the same building as (name withheld) in West London,” the commenter stated. “She tried to claim one of the only two elevators in the building as her own and was planning to never let anyone use it. (Name withheld) who lived on the top floor was not having it and was able to block her request.”

Allegedly, after seeing the influx of negative comments, Nicole Kidman and Keith Urban started to rack their brains and think who might be behind the attack. They started to suspect that those false claims that tried to make them look bad could be someone who had a grudge against the “Moulin Rouge” actress and this has led to the conclusion that it could be the Scientology church because she was not forgiven yet for ditching Tom Cruise.

Gossip Cop stated that this story is totally false. The Scientology church is not trying to get revenge because Nicole Kidman divorced Tom Cruise.

Although the malicious comments may really exist, there is no way to see who and where those came from. It can’t be easily traced who posted the comments and besides, those could only be from people who are not fond of the couple as artists. The truth is Woman’s Day published another unverified story to attract readers.