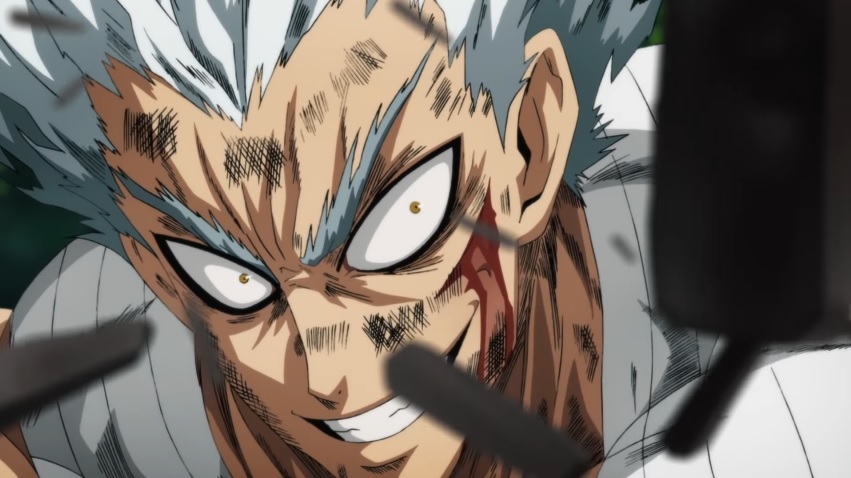 At this point in the “One Punch Man” anime series, fans are likely excited to see another character in action other than Saitama. Garou’s Hero Hunter status was already established in the latest installment. His importance to the plot will only elevate as he gets more fight scenes in “One Punch Man” season 3.

The second season ended with an unconscious Garou being flown into the Monster Association hideout to heal. His next adventures in “One Punch Man” season 3 should include some action-packed fights with several monsters, most of the time while trying to save Tareo.

Garou would certainly make his mark among monsters, especially if “One Punch Man” season 3 covers his fight with Gyoro Gyoro and then Orochi. Garou’s changing body should later give him enough power to defeat the ranking members of the Monster Association. Even Gyoro Gyoro will find it difficult to defeat the Hero Hunter, but Orochi will still be a tough opponent for him.

Saitama remains the main protagonist of the series, but Garou is undeniably one of the most interesting characters in “One Punch Man” season 3. In a franchise where characters are easily labeled as heroes and monsters, Garou has spent a good amount of time not belonging to one specific category. The next episodes should show anime-only fans why that is the case.

The anime has only scratched the surface of Garou’s character development. Depending on how deep “One Punch Man” season 3 would dig into the Monster Association Arc, fans might be seeing how Garou changes from being reluctant about getting the monster tag to wanting to become the ultimate monster.

Anime fans are, however, facing quite a dilemma about “One Punch Man” season 3. While there are enough material and a certain demand for new episodes, the third installment is still not formally announced. This could only mean that its production has not started yet. At this rate, considering the effects of COVID-19 in the anime industry, 2020 could end without the next season’s production starting.

Fans have then started to consider the possibilities of “One Punch Man” season 3’s release date. Whether they like it or not, it seems like another year of hiatus is impending.