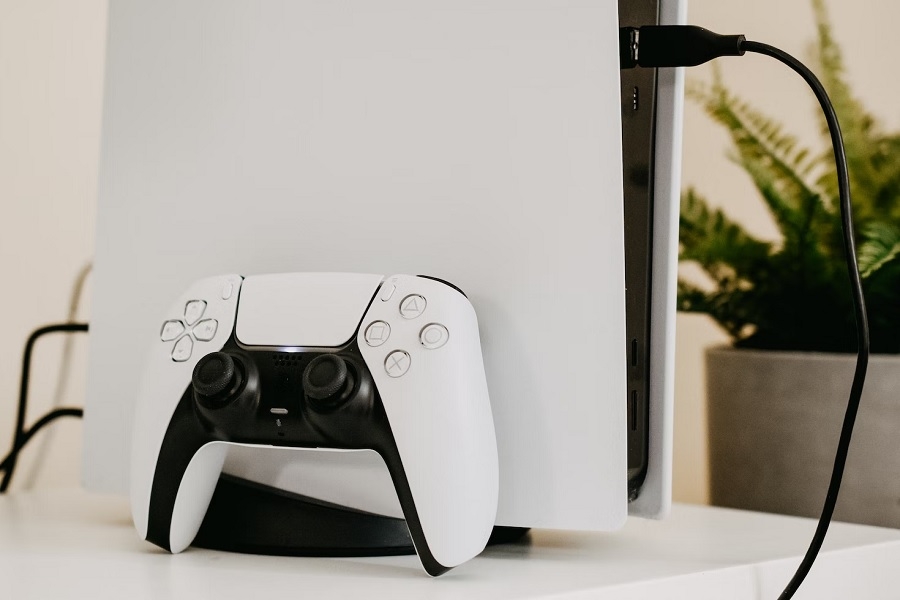 A redesigned PS5 is reportedly in the works and could hit the shelves in 2023. A new report claims that the upcoming console design will mainly feature a new detachable disc drive that would attach to an extra USB-C port.

Tom Henderson reported in Insider Gaming that Sony is planning to phase out PS5 designs known as A, B, and C chassis that have been in production since the current-generation console entered the market in 2020. The company is not expected to change the appearance of the PS5. But the main difference in the redesigned PS5, reportedly called D chassis, will be the presence of a detachable disc drive.

The same report claimed that the disc drive will be designed to attach to the PS5’s main body so that it would not entirely look like an external part. But the detachable disc drive is also expected to make the PS5 lighter and slimmer.

Henderson added the PS5 redesign would also include an extra USB Type-C port in the back dedicated to the detachable disc drive. The current version of PS5 has four USB ports, including two SuperSpeed Type-A ports in the back, one Type-A Hi-Speed, and one Type-C SuperSpeed in the front.

Sony is reportedly considering selling the redesigned PS5 and the detachable disc drive as a bundle. But the company could also sell the disc drive separately so users will have an option to buy a new one in case the original unit gets damaged.

It is worth noting that Sony has applied smaller changes to the design of PS5 units shipping in certain regions. The company has also discussed the possibility of applying design changes to the console to navigate the continuing shortages in the supply chain. The company also addressed the challenges of keeping up with the PS5 demand in an earnings briefing in 2021, where Sony's CFO Hiroki Totoki reportedly said, “We could find maybe a secondary resource, or by changing the design we could cope.”

The PS5 with the D chassis design is expected to launch in September 2023. Sony reportedly plans to ship 18.5 million units of the redesigned console for FY 2023 while lowering the production of the older design to 12 million units.