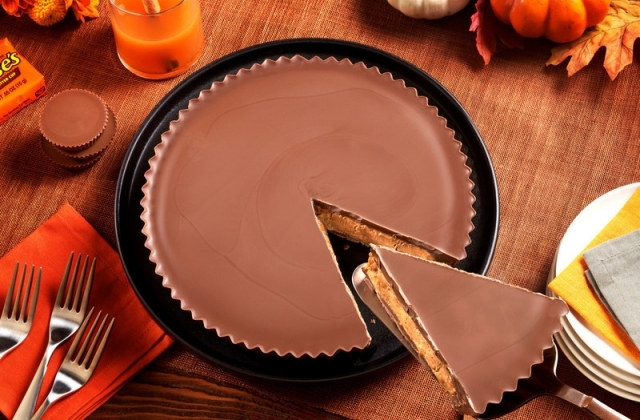 Reese's Peanut Butter Cups is one of the most popular chocolate brands that is being marketed by The Hershey Company. Through the years, Reese's has been releasing unique versions and flavors of its peanut butter chocolate cups, and this year, another exciting edition is coming.

Reese's announced it will be offering the peanut butter cup in the largest size ever. A supersized 9-inch in diameter chocolate was named Reese's Thanksgiving Pie and it was said to weigh 3.4 pounds. The chocolate maker said that the production of these massive chocolate peanut cups is limited and it would only sell 3,000 pies.

Customers and fans of Reese's chocolates can buy them only on Hershey's website and each one is priced at $44.99. Buyers must also add the tax to the rate so the total could go over $45.

"When you bring together friends and family for Thanksgiving dinner, no table spread is complete without dessert," Reese's senior brand manager, Bo Jones, said in a press release. "At Reese's, we wanted to create a dessert that everyone wants a piece of and you can thank us later. There are only 3,000 of these first-of-its-kind pies, so grab them now before the holiday rush!"

At any rate, as mentioned on CNN Business, this is not the first time that Reese's has experimented with its famous peanut butter chocolate cups. In fact, early this year, it has introduced an all-peanut butter cup without any sign of chocolate that is usually spread on top of every cup.

This was said that in the company's 90-year history, this is the very first time that Reese's released a version that does not have a drop of chocolate in it. Another unique edition was released last year when Hershey's debuted the Reese's dipped pretzels.

Meanwhile, fans of Reese's can add this huge peanut butter pie to their Thanksgiving table this year as one of the treats or desserts to enjoy with family and friends. The super-sized chocolate is meant to be divided into 48 servings and each slice has 160 calories, as per Market Watch.