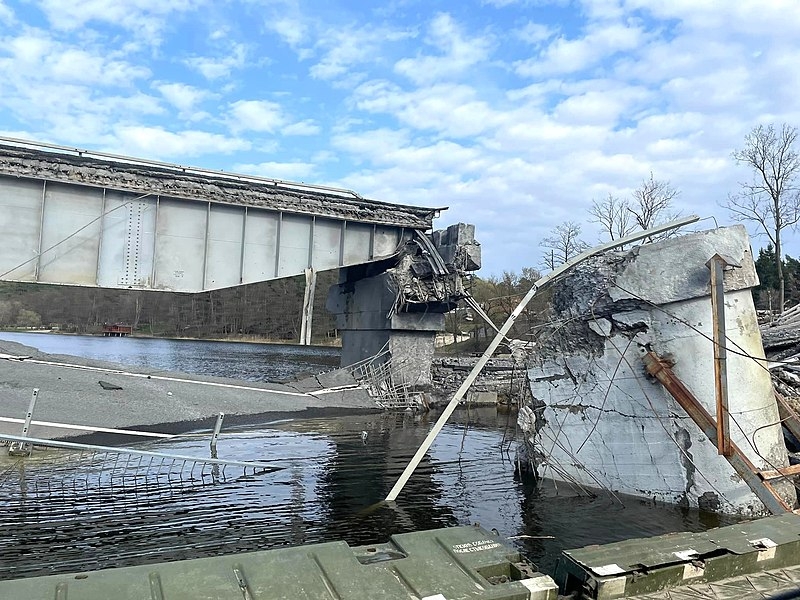 The war in Ukraine moves into another week, with Ukrainian soldiers launching their counteroffensive on Russian forces. Ukraine said that its border guards managed to drive out a Russian incursion in the northeastern territory of Sumy.

According to Reuters, Sumy governor Dmytro Zhyvytzky shared on the Telegram messaging app that Ukrainian border guards were successful in repelling a Russian group that entered the territory in the midst of shelling, grenades, and gunfire.

To note, Russian forces entered the Sumy region during the early days of the war back in February. Ukrainian forces regained control of the region on April 8 and have since anticipated another attack from the Russians. A spokesperson for Ukraine’s border guards said in televised comments that while the danger of shelling by Russian forces in the regions of Chernihiv and Sumy still exists, the borders of both places are under Ukrainian control.

Andriy Demchenko said that efforts are being made to strengthen Ukrainian defenses at the borders it shares with Belarus and the breakaway region of Moldova, Transdniestria, as Kyiv could not rule out an attack from Russia coming from both places. Since May 10, more Ukrainians have been returning than leaving the country, according to Demchenko.

The war in Ukraine is moving towards its third month since Russian dictator Vladimir Putin ordered a “special military operation” into Ukraine. Russia has since been hit with sanctions from the West and many other countries, along with widespread condemnation.

In an interview with Al Jazeera, Ukrainian foreign minister Dimtro Kuleba weighed in on several aspects of the ongoing war, including how he thinks the war would end for both countries. Kuleba said he is certain Ukraine will win the war.

“No one in Ukraine or in Europe seems to have doubt that Ukraine will win. The question exactly is what will victory look like, and how specific elements of victory will be achieved. Some things can be regained by military force, others can be regained by diplomacy. In the end, victory is a combination of two – military victory on the ground and diplomatic victory at the negotiating table,” said Kuleba.