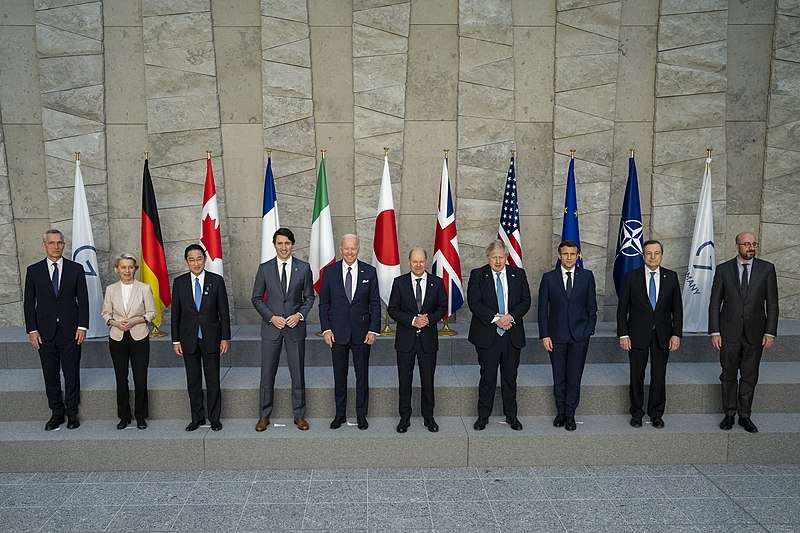 Countries all over the world are experiencing the repercussions of Russia’s unprovoked invasion of Ukraine. The G7 member countries have warned that the ongoing war is causing a food and energy crisis that will disproportionately affect poorer countries.

In a meeting with top diplomats of the G7 member countries, Germany’s foreign minister Anna Baerbock said that the war Russia is waging on Ukraine is causing a “global crisis.” Baerbock explained that up to 50 million people, especially in Africa and the Middle East, would face hunger in the coming months that the war continues unless action is taken to release Ukrainian grain, which makes up a significant portion of the world’s supply.

The G7 also pledged to provide additional humanitarian aid to those who would be the most vulnerable from the war.

“Russia’s war of aggression has generated one of the most severe food and energy crises in recent history, which now threatens those most vulnerable across the globe,” said G7 said in a statement. “We are determined to accelerate a coordinated multilateral response to preserve global food security and stand by our most vulnerable partners in this respect.”

Canadian foreign minister Melanie Joly said her country is prepared to send ships to European ports for Ukrainian grain can be transported to those in need. Joly stressed to reporters that millions may face famine if the grain is not brought to countries in need.

The G7 member countries have also called on China not to provide Russia with assistance in the war, including undermining the international sanctions countries have imposed on Moscow for its invasion. They said that Beijing must respect Ukraine’s sovereignty.

The ongoing invasion of Ukraine has also resulted in Finland’s announcement of its intention to join the NATO alliance, with Sweden also expected to follow suit by applying for membership. The announcement was made Sunday by both countries, breaking from their long history of military non-alignment.

The Finnish parliament is set to endorse the decision within the coming days. A formal membership application to NATO would then be submitted to the alliance’s headquarter’s in Brussels, Belgium, at some time next week.

Sweden also took a step closer to formally announcing its desire to join NATO after the country’s ruling political party, the Social Democratic Party, voiced support to join the alliance.