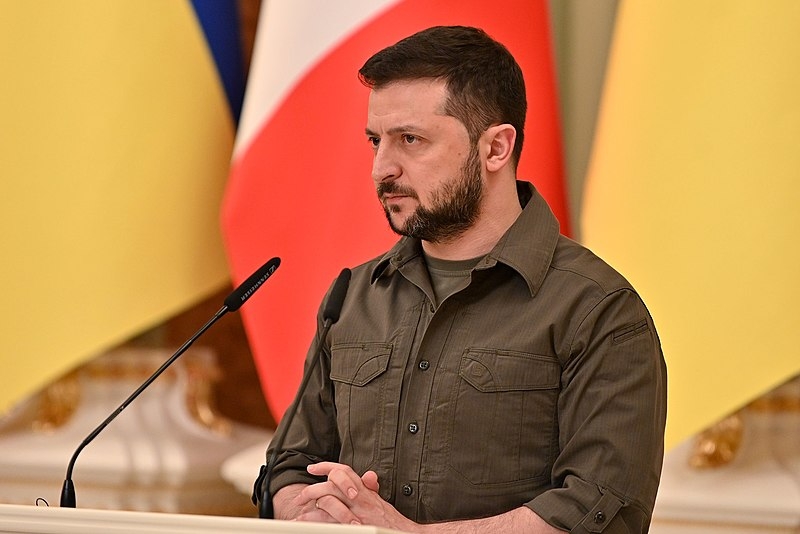 This week marks the anniversary of World War II, and Ukrainian President Volodymyr Zelenskyy delivered his remarks commemorating the day. In his address, Zelenskyy said that Ukraine would not surrender nor give up any part of its territory to Russia.

In a video address Monday, Zelenskyy honored the eight million Ukrainian fatalities of World War II. The Ukrainian leader also maintained that Kyiv would not allow Moscow to solely claim the victory over Nazism.

“On the Day of Victory over Nazism, we are fighting for a new victory. The road to it is difficult, but we have no doubt that we will win,” said Zelenskyy, who invoked the nearly 30 years of Ukraine’s independence after the fall of the Soviet Union. Zelenskyy also said that Russia failed to learn the lessons from World War II.

“There are no shackles that can bind our free spirit. There is no occupier who can take root in our free land. There is no invader who can rule over our free people. Sooner or later we will win,” said the Ukrainian leader.

In the video, Zelenskyy was shown passing by tank traps down the street of Khreshchatyk in Kyiv, which was destroyed by the retreating Soviet forces back in 1941 and rebuilt in a Stalinist style. Ukraine is not holding any public events in the meantime to mark the event for fear of shelling.

Meanwhile, firefighters in Odesa put out the blazes overnight into the early hours of Tuesday this week. This came as Russian missiles bombarded the area during Russia’s celebrations of Victory Day over Nazi Germany during World War II. During Moscow’s celebrations of the day, dictator Vladimir Putin said that Russian forces were fighting for the motherland but did not mention any escalation.

Air raid sirens were heard in several regions in Ukraine, including Luhansk, Kharkiv, and Dnipro. Luhansk Governor Serhiy Gaidai said the region was bombarded 22 times in the past 24 hours.

Russia has since launched a new offensive in the east as it attempts to take control of the eastern and southern regions in Ukraine as its invasion of Ukraine moves into its third month.