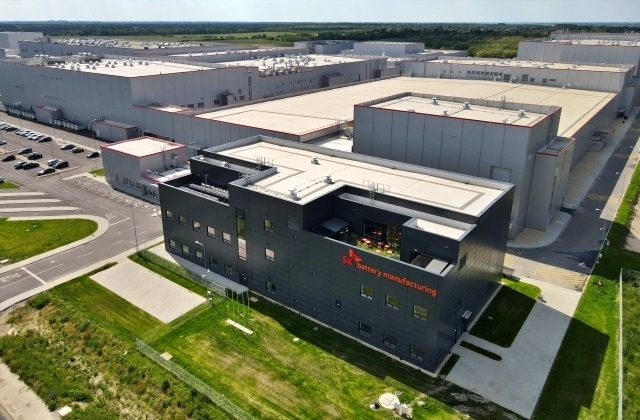 SK Innovation and Ford have been working together for the production of electric vehicle batteries in the United States and now they are extending their partnership and planning to build a new plant in Europe.

It was reported that Ford Motor chose SK Innovation again for its plans to enter the European market for EV batteries. This will be the Korean company’s second battery plant outside of South Korea.

According to The Korea Times, for SK Innovation and Ford’s battery plant, they are considering three countries to set it up and these are Poland, Hungary, and Romania. These nations are being seen as the leading options for the project and there is no definite decision yet as of this time.

The two companies’ new project is estimated to cost about ₩11 trillion and so far, Hungary is said to be gaining a bit of an edge over the two other candidate countries. The reason for this is - SK Innovation already has an office there.

"SKI and Ford are set to announce a plan to establish a joint venture in Europe sometime in October, at the earliest possible date," an insider reportedly said. At any rate, it is highly likely that SKI and Ford will sign a memorandum of understanding (MOU) soon, for their partnership in Europe.

SKI officials were said to have declined to comment on the reported new team up with Ford but a source told The Korea Times that their deal is a 50:50 joint venture and they will produce fuel cells for EV batteries.

It was reported that with SKI and Ford’s plans to build another battery factory, Spain and the United Kingdom have expressed interest and are said to have forwarded proposals to be considered for the location. However, they may not have a chance because after considering many factors such as labor cost, administrative benefits, and others, Poland, Hungary, and Romania still remain the most ideal places.

Meanwhile, in preparation for the expansion of its EV battery production business, SK Innovation just signed a deal with Ecopro Group. This is a large-scale purchase agreement for the supply of cathode materials needed for making the batteries.

“We will strengthen cooperation with our solid partner Ecopro Group to achieve our goal of becoming a global top company by increasing business competitiveness in the field of high-quality battery and core materials manufacturing,” Jee Dong Seob, president of SKI’s battery b said in a press release.