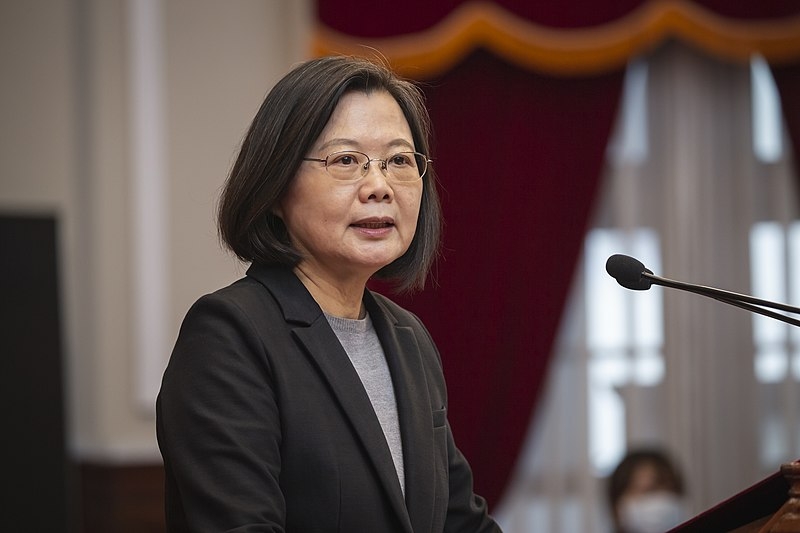 Tensions between China and Taiwan remain high with the possibility of triggering widespread military conflict in the region. In the island nation’s recent celebration of its national day, Taiwanese president Tsai Ing-wen formally announces opposition to reunification with China.

Tsai gave a speech to celebrate Taiwan National Day, where she formally took her stance against reunification with China. China has regarded Taiwan as a breakaway province and only 14 countries recognize Taiwan as its own country. Beijing has since engaged in a pressure campaign on the island nation’s democratic government to force it to submit to China’s sovereignty.

In her remarks, Tsai said that the island nation was “standing on democracy’s first line of defense,” and that Taiwan will ramp up its defenses to make sure “that nobody can force Taiwan to take the path China has laid out for us.”

“The more we achieve, the greater the pressure we face from China,” added the Taiwanese leader. Beijing has since criticized Tsai’s speech, accusing the remarks as inciting a confrontation while advocating for independence and “cut apart history and disputed facts,” according to China’s Taiwan Affairs Office.

Tsai also touched on the island nation’s security following the incursions made by Chinese warplanes into Taiwanese airspace. The latest incursion saw record numbers of Chinese jets fly into Taiwan’s air defense zone. Tsai said that the current situation is more “fluid” and “complex” than in the past 72 years of the nation’s history.

Tensions remain high especially as China is considering carrying out a military invasion of Taiwan, which could spark a response from other nations like the US. The US sells arms to Taiwan to bolster its defenses as part of an agreement between both nations.

Meanwhile, video footage shared on Chinese social media platform Weibo showed Chinese troops carrying out combat exercise training on a beach in Fujian, a province across the sea from Taiwan. This also comes as US President Joe Biden spoke with Chinese President Xi Jinping, saying that they are to abide by the Taiwan agreement. Biden added that he made it clear that Xi must uphold the Taiwan agreement on his part.

The Taiwanese foreign ministry sought clarification on the US leader’s comments. The US responded, assuring Taiwan that the US’ commitments to the island nation remain and its policy unchanged.