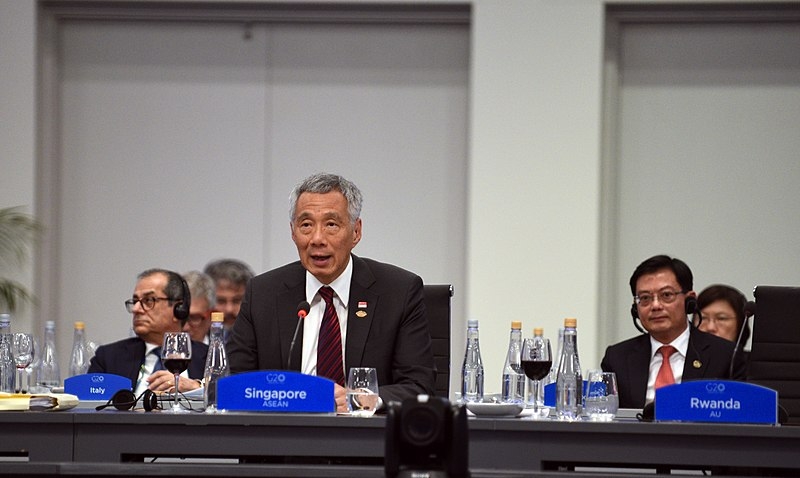 Taiwan has become a hot issue, especially between the US and China, as both countries have different stances regarding the island nation. It is because of these tensions that Singapore’s prime minister has warned that the ongoing dispute between the US and China over Taiwan could lead to a “miscalculation” spelling possible conflict.

Speaking with Bloomberg, Singapore’s Prime Minister Lee Hsien Loong weighed in on the ongoing situation regarding Taiwan and the stances that Washington and Beijing have taken over the island nation. This follows a summit that took place this week between US President Joe Biden and Chinese President Xi Jinping, where the island nation was part of the topics they discussed.

“We should be concerned,” said Lee, regarding the tensions between China and the US.

In a separate interview, Singapore’s foreign minister Vivian Balakrishnan said that the chances of an actual conflict occurring between China and Taiwan are very slim. However, Balakrishnan noted that the situation regarding the island nation is an issue that everyone should be concerned about.

China claims Taiwan as its territory and has been engaging in a pressure campaign against its democratic government to submit. Taiwan has since resisted and insisted on its autonomy and independence.

China has pushed back against other nations that have acknowledged or hosted meetings with Taiwanese officials. Previously, the country’s state media issued a warning to Australia after its defense minister said that it was impossible for Australia not to join the US in defending the island nation. Hu Xijin, the editor-in-chief of the Chinese state-owned media outlet Global Times, hit out on Australia following the comments.

“If Australian troops come to fight on the Taiwan Straits, it is unimaginable that China won’t carry out a heavy attack on them and the Australian military facilities that support them. So Australia better be prepared to sacrifice for Taiwan and the US,” tweeted Hu.