AstraZeneca disposed of its 7.7% Moderna stake for $1 billion 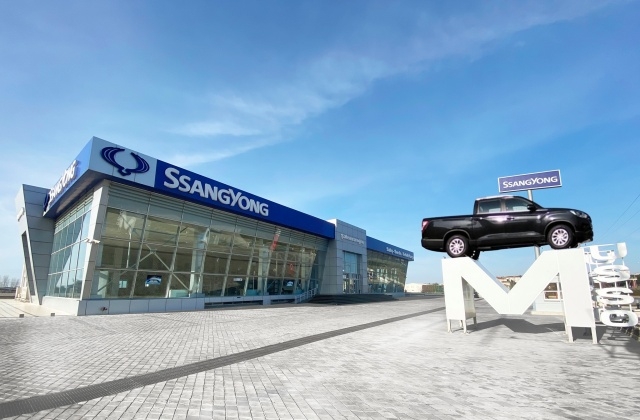 SsangYong Motor, a South Korea-based vehicle manufacturer, is going through financial difficulties due to the low transactions. As a result, while sales are not coming in, it still has to shell out money to keep the company running.

With this, SsangYong Motor’s fund is depleting fast, and its employees have to suffer too. Yonhap News Agency reported that the fourth-largest automaker in South Korea had to slash its workforce’s salaries by as much as half.

The employees will start receiving just half of their normal salary at SsangYong Motor this month, and this will continue until February. It was explained that the main reason for the cuts is the mounting cost with yet the sales is very low that it can’t cover the company’s expenses.

The automaker’s sales went down by 19% last year after selling only 107,324 vehicle units. The recorded sales from 2019 was 132,799, and apparently, this difference is a lot for the company.

Yea Byung Tae, SsangYong Motor president, and CEO posted a message for the employees since their salaries have been affected. He told them that the wage cut was a decision the company made as part of desperate measures as sales continue to fall.

With how things are turning out for SsangYong Motor, it was mentioned that it is just one step away from bankruptcy. In the South Korean legal system, since the company is now under court receivership for the second time, if they will not be able to improve, the court will decide if it can continue the business and then suggest plans on how it can be revived.

At any rate, SsangYong Motor tried to get a loan from Korea Development Bank (KDB), its main creditor, but the lenders did not approve the application. Since it is not able to pay back its debts, the company was also given a three-month suspension.

The company is now looking for investors before the court order for the start of the restructuring. They need to get new investors within three months, so things are hectic in the office.

Announcement of the delay for salary payments

While the employees were already notified about the pay cuts, the management of SsangYong Motor may not be able to give out the salaries on time either. As per Business Korea, the firm

Informed the labor union on Jan. 21 that it is having troubles with paying some of the employees for the month of January and February.

In its letter to the labor union, SsangYong Motor said that it is planning to delay some of the payments for the first two months of the year. An observer said that the workers should understand the company due to its dire situation.

"The troubled automaker can survive only when its factory continues to produce cars and earn a profit by selling them,” an industry insider said. “So workers should understand the company’s situation."