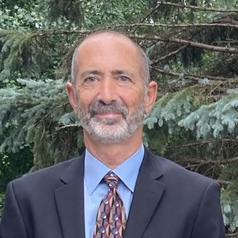 The use of conflict resources to finance wars is expanding into new commodities — with much more severe consequences.

An example is the successful trafficking in conflict diamonds — colloquially known as blood diamonds — that’s led to the use of other landscape-based resources to finance armed conflict. Conflict timber, oil, minerals and wildlife now also contribute to war financing, with innovation ongoing.

A new form of conflict resource is real estate — the farms, houses, apartment buildings, villages, towns and cities of any country. And my research has shown that trafficking in this commodity has a much greater impact on civilian populations, the ability to conduct war, recovery and peace-building.

Different than movable conflict commodities like timber, real estate comprises immovable assets that are not themselves extractable — but the rights to them are. The theft of these rights — by force, law, threat, deception, coerced or duress sale — in war zones can generate the revenue needed to finance armed conflict.

While overall estimates of the financing gained by stealing and trafficking real estate haven’t yet been carried out because we haven’t known what to look for until recently, there are clues to how it works.

In Nineveh, Iraq, 26 real estate ledgers taken by ISIS from a real estate office contained deeds to approximately US$90 million worth of real estate, with ISIS starting to resell some of this prior to their defeat.

Separately, ISIS revenues from the rental of 8,000 public buildings confiscated in Mosul alone amounted to US$15 million annually. And while this sum was second only to the amount stolen from the central bank in Mosul in 2014, it is not a one-off gain in financing the way stolen money is because the rent accrues annually.

During the Colombian FARC (Fuerzas Armadas Revolucionarias de Colombia) war, trafficking in land rights to fund militia activities involved the illegal transaction of between four and six million hectares of land stolen from small-scale farmers. And in Sudan, the government paid the Janjaweed militia group in real estate by allowing them to keep the lands they attacked.

My research is among ongoing examinations of the numerous ways real estate is trafficked in wars zones. The trafficking involves national and international companies; political and commercial interests; individual speculators, combatants and local leaders; and local and regional clans, lineages, tribes and sects.

Trafficking real estate is an alarming trend because it has different characteristics that make it much more menacing than other commodities.

For diamonds or timber, the cash value is realized only once because the commodity leaves the conflict zone with the purchaser.

For real estate, however, properties used to fund one side in a conflict can be stolen and sold to fund the other side as territory is gained and lost during a war. Trafficked rural lands can also generate additional revenue through the cultivation of illegal crops, speculation and renting.

It’s also common practice in war zones to fraudulently sell the same real estate to multiple buyers without them knowing. This isn’t possible with most conflict commodities because a buyer takes physical possession of the commodity at the time it’s purchased.

What’s more, real estate doesn’t need to be converted to cash to support wartime activities due to its high value for the payment of combatants, as a reward, recruitment tool, incentive and punishment for people and groups.

Trafficked real estate can also increase in value by being repurposed by an armed group — like houses and shops can be built on otherwise vacant land that can then be sold. That’s happened in both Colombian and Syrian conflict zones.

Real estate is not geographically remote, limited in quantity or difficult to locate. It doesn’t depend on arduous or costly extraction methods or require specific forms of transportation and complicated payment methods by outside officials.

Trafficking in real estate also has very real military uses in wartime, such as the confiscation of real estate documents from those who fled the Syrian war. These confiscated documents — registries, deeds, titles and legal records — are then used to locate areas of the opposition to then attack and engage in political and ethnic cleansing.

The extraction and sale of minerals or timber can certainly have post-conflict repercussions in terms of resources no longer available for development. But their sale does not generate ongoing population dislocation, deep grievances and land disputes among civil society the way trafficking in real estate does. Those long-term impacts run the real risk of reigniting a war.

Real estate also offers self-sufficiency in financing, a top priority for armed groups because it gives them freedom from outside influence that’s a feature of selling other commodities, mostly to foreign buyers.

That’s because when it comes to real estate trafficking, the buyers are usually residents of the war zone.

For these reasons, there’s a lot of concern that such a financing model is particularly advantageous to terrorist groups.

Nonetheless, there are some hopeful signs. Ongoing research into real estate as a conflict commodity suggests counter-measure initiatives can be implemented similar to what has successfully thwarted a good deal of diamond, timber and minerals trafficking.

These can include different forms of detection using financial tracking and use of local knowledge, use of existing counter-measures for war crimes and human rights violations and expanding the counter-measures that some local communities employ.