Taiwan will dispatch forces to push back on 'enemy threats' 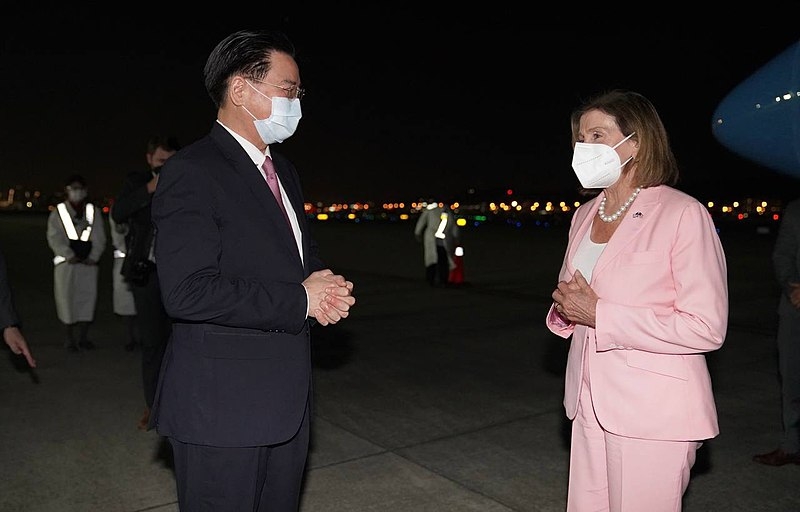 Tensions around the island nation of Taiwan have flared in recent weeks in light of US House Speaker Nancy Pelosi’s visit. Amidst the tense situation, Taiwan’s defense ministry said it is ready to deploy its forces to respond to potential “enemy threats.”

Taiwan’s defense ministry said Tuesday that it is fully aware of China’s military activities near the island and will appropriately dispatch its forces to respond to potential threats.

In a statement, the ministry said that it has the “determination, ability, and confidence” to ensure the security of Taiwan and that it has plans for a potential emergency.

This comes as Chinese military planes flew close to the Taiwan Strait, according to Reuters, as Pelosi was bound to visit the island nation.

Later that day, during Pelosi’s visit, the defense ministry said China was attempting to threaten key ports and cities through its military drills around the island in the coming days.

The ministry said in a statement that the drills were aimed to intimidate the Taiwanese people and that its armed forces “reinforced” their alertness level while assuring the public not to worry.

China has previously warned and threatened Pelosi not to visit the island nation which Beijing claims as its territory. Amidst the threats from Beijing, Pelosi landed in Taiwan Tuesday to show support for its democratic government while meeting with human rights activists.

In her recent visit, Pelosi became the highest-ranking US official to visit Taiwan since her predecessor Newt Gingrich visited in 1997. Pelosi led a delegation of six members of the US House of Representatives during her visit.

Pelosi also penned an opinion piece that was published in the Washington Post Tuesday, saying that the US must remember its pledge “to support the defense of Taiwan” as its democracy is also under threat from China.

The White House has also previously warned China not to take advantage of Pelosi’s visit or see it as a pretext for provocation. White House national security spokesman John Kirby stressed that Pelosi’s visit to the island nation will not “change the status quo.”