The green gig economy: precarious workers are on the frontline of climate change fight 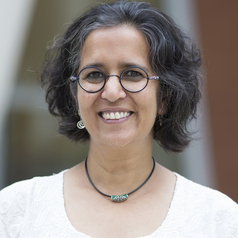 Politicians and business people are fond of making promises to plant thousands of trees to slow climate change. But who actually plants those trees, and who tends them as they grow?

The hard and dirty work of restoring ecosystems will be invaluable in coming decades, to soak up carbon dioxide in the atmosphere, ease the impact of storms and flooding and harbour embattled wildlife. But this work – where it currently exists – is carried out by people who are often poorly paid, or not compensated at all.

Most often, these aren’t recognised workers, but instead, volunteers. This is not only the case for conservation workers in rural areas of Madagascar and Cambodia, but also in cities where waste collectors and people who recycle electronic waste work in abject poverty.

The situation is more dire for those battling the natural disasters that are proliferating in the warming climate. The 2018 wildfire season in California was the deadliest in the state’s history, but much of the fire fighting relied on 2,000 prison inmates who earned just USD$1 a day.

During Australia’s “black summer” of 2019-20, Prime Minister Scott Morrison rejected calls for support payments to 195,000 volunteer firefighters because, in his words, “they want to be there”.

The UK is braced for a future in which flooding is more frequent and severe. But the Department for Environment, Food and Rural Affairs (DEFRA) relies heavily on volunteer labour to manage these floods when they occur, and that’s set to remain the case.

These workers lack the proper pay and protections of an organised workforce, yet their services are increasingly in demand. Collectively, they form an emerging “eco-precariat” that bears little resemblance to the labour movement that’s urgently needed to mitigate the climate and ecological crisis.

Precarity in the green economy

The modern “gig economy” sells independence to workers by allowing them to decide their own work hours. For taxi drivers or couriers, this may sound appealing, but in practice it can mean a precarious existence, trapped with a variable income and permanently on call in zero-hour contracts. Those with an uncertain immigration status can fall into forms of modern day slavery.

Our research studied labour practices in the green economy and in particular, the schemes in which people and organisations “buy” green services, like ecosystem conservation and tree planting.

These projects range from direct payments to governments for forest and mangrove protection, to carbon markets, in which credits are sold to finance conservation work. A growing number of corporations pay to offset the local environmental damage they cause this way - enabling them to neglect action to reduce their own greenhouse gas emissions. There’s even a smartphone app that will “plant a tree” at the touch of a button.

The idea of trees being planted at the touch of a screen sounds revolutionary. But this work tends to draw on a flexible labour pool – a sort of “green gig economy”. While private sector donations are funnelled through charities and NGOs overseeing the tree planting, the work itself is offered on a temporary basis, often to unpaid volunteers – including school children - who are deployed to plant and care for the trees.

Even as local people are enlisted to manage tree planting, they find their access to these areas restricted. In some cases, tree planting initiatives have uprooted communities and repossessed their land.

As the pandemic has shown, volunteers and community groups can hold the social fabric together in times of crisis. Whether it’s ordinary people creating medical equipment or caring for neighbours in quarantine, community action can save lives where years of austerity have starved emergency services of the necessary resources for dealing with disasters.

The same can be said of volunteer fire fighters and foresters, but cheering on their selflessness isn’t enough. We should recognise where labour arrangements have created precariou working condition, or enabled governments to shift their responsibilities onto the public.

Will volunteer fire fighters continue to go without compensation, even as their work becomes more dangerous in Australia’s increasingly fierce wildfire seasons? As governments consider how to revive the global economy after the COVID-19 pandemic, what legal protections can workers in new environmental projects depend on?

Now more than ever, it’s time for a frank discussion about what essential workers deserve in return for the invaluable work they do.

Benjamin Neimark does not work for, consult, own shares in or receive funding from any company or organization that would benefit from this article, and has disclosed no relevant affiliations beyond their academic appointment.