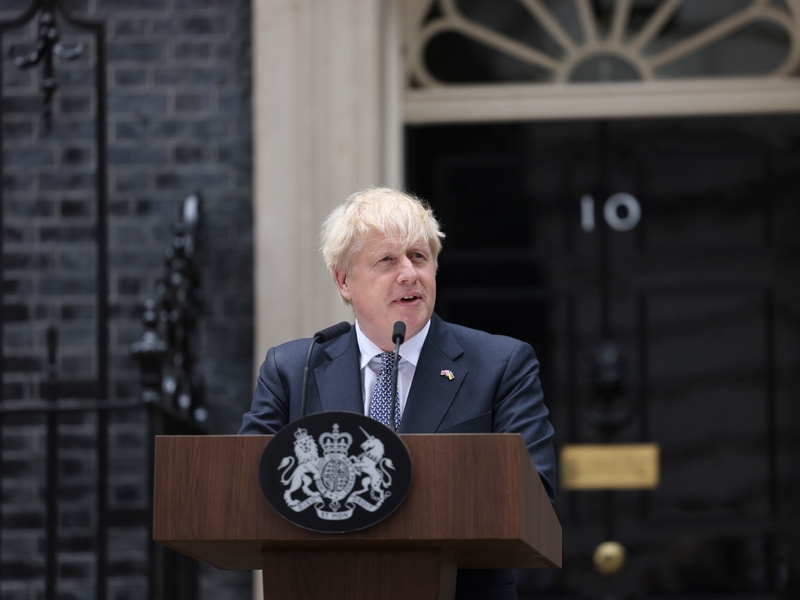 In a readout of the call between Johnson and Nahyan released by the Prime Minister’s Office, both leaders touched on the progress in the relations between the United Kingdom and the United Arab Emirates.

Johnson also praised Nahyan for his success in helping the UAE prosper, and Nahyan commended Johnson for his role in trade and investment relations between the two countries.

“The Prime Minister said UK-UAE cooperation on global priorities including Ukraine, regional stability, and climate change is hugely important for the world. He expressed his confidence that this cooperation will continue in the years ahead,” said the readout.

Johnson announced his resignation in July after growing calls from lawmakers in the Conservative Party along with scandals that plagued his administration. Foreign Secretary Liz Truss and former finance minister Rishi Sunak are the two candidates in the race to replace Johnson.

Speaking at a Conservative Party event, Truss said energy companies should be held accountable, but that profits should not be viewed negatively.

“Of course, the energy giants, if they’re an oligopoly should be held to account and I would make sure they’re rigorously held to account,” said Truss. “But the way we bandy the word around ‘profit’ as if it’s something that’s dirty and evil, we shouldn’t be doing that as Conservatives.”

In a piece for The Times, Sunak detailed his plan to reduce energy bills, saying that every household would receive savings of around 200 pounds with a reduction of value-added tax. Sunak said his plan would cover “support for the most vulnerable, support for pensioners, and some support for everyone.”

Sunak said the most vulnerable and those who rely on their pension would receive the money to cover their energy costs through the welfare system. The former finance minister added that he plans to pay for the plan through a program to identify savings across the government.

Sunak said he is prepared for “some limited and temporary, one-off borrowing as a last resort to get us through this winter.”