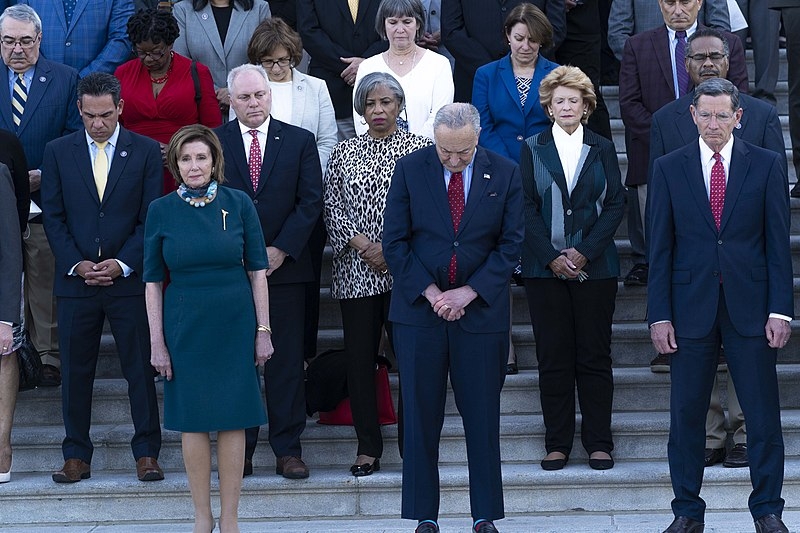 Over 200 congressional staff members recently urged Democratic leaders in the House and the Senate to pass legislation to take action on climate change. The staffers warned that not doing so could harm future generations.

The letter, sent to the Democratic congressional leaders Tuesday and seen by CNN, said that the legislation has already been drafted so both chambers can pass the bill.

“Our country is nearing the end of a two-year window that represents a once-in-a-generation opportunity to pass transformative climate policy,” said the staffers in the letter. “The silence on expansive climate justice policy on Capitol Hill has been deafening. We write to distance ourselves from your dangerous inaction.”

The letter comes as Schumer has been negotiating with West Virginia Democratic Senator Joe Manchin on a Democrat-led bill that would address inflation, the cost of prescription drugs, energy, and climate change.

Climate change and energy provisions have become an outstanding issue for both sides as Manchin said he wants to lower gas prices through increased energy production.

The letter also expressed the fear of the staff members of what would happen if Democrats did not take immediate action to pass the legislation. Scientists have already warned that human-caused climate change would only worsen as the world continues to warm.

The negotiations between Schumer and Manchin appeared to have faced a setback in the recent report on inflation. The report shows that prices have risen up to 9.1 percent, which would pose a challenge for the Senate Majority Leader, who has sought to pass the legislation through budget reconciliation before the August recess.

Manchin has also called on his colleagues to slow down and assess how the legislation might end up fueling gas prices.

The West Virginia Democrat – one of the two holdouts in the party – said the bill would have to be “scrubbed much better,” including a 3.8 percent tax on the wealthy and families who earn from pass-through businesses, which were made public last week.