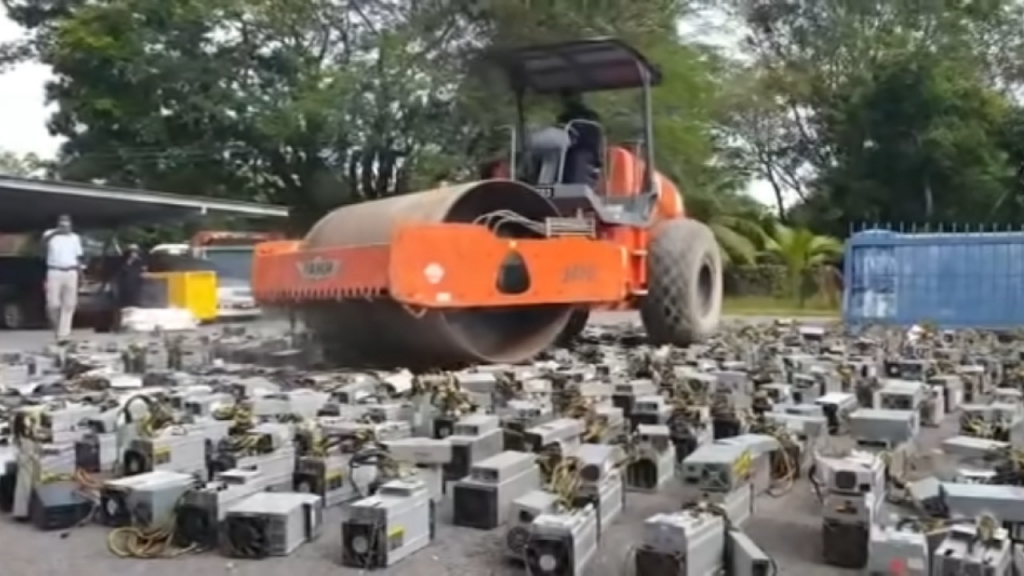 The operation was jointly conducted by the city of Miri's law enforcers and electric utility Sarawak Energy.

A video of Malaysian authorities crushing 1,069 bitcoin mining rigs worth $1.26 million using a steamroller in a parking lot at the police headquarters had gone viral.

Assistant Commissioner of Police Hakemal Hawari said that authorities on the island of Borneo confiscated the rigs in six separate raids between February and April after miners allegedly stole $2 million worth of electricity from Sarawak Energy power lines.

The operation was jointly conducted by the city of Miri's law enforcers and electric utility Sarawak Energy.

There were eight arrested in connection with the power theft and six people have been charged for stealing energy supplies, according to Hawari.

The police do not have the option of selling the mining gear as the court ordered its destruction.

Hawari noted that that electricity theft by bitcoin miners led to three houses burning down.

There are no other active mining operations underway in Miri.

While cryptocurrency mining is not illegal in Malaysia, there are stringent laws against tampering with power lines.

Malaysia is in the top 10 of bitcoin mining destinations in the world, accounting for 3.44 percent of the world's miners, according to the Cambridge Center for Alternative Finance.