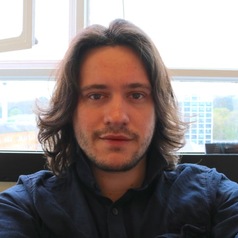 Our facial appearance influences how we feel about ourselves – and other people’s faces influence who we choose to approach or avoid and who we’d like to form romantic relationships with. At a glance, a face reveals a wealth of information about how we are feeling, or the kinds of behaviours we might be about to engage in – but what does it say about us when we aren’t expressing emotion? As it turns out, it’s more than you could imagine.

Over the past few years I’ve learned how aspects of our personality are present in our faces, how symptoms of depression cause faces to appear less socially desirable, and how wearing make-up changes perceptions of social traits – but the most important signals that our faces can give are of health.

The face is a biological billboard and we are expert readers, always interested in what it has to say. We are attracted to healthy-looking faces and avoid those who are unhealthy –- think of the sensation you might have had the last time you were on the train or a bus near someone who looked unwell – but it is the question of what makes a face look “healthy” in our eyes that is the most intriguing.

There are many historical examples of people altering their facial appearance to appear healthier. Things like the influence of body mass index (BMI) on face shape, or the smoothness of skin texture play a role in how healthy we are viewed to be, but it is actually facial colouration that seems to be the most important.

The lighter areas show where the skin of healthier looking faces are brighter (left), redder (middle), and yellower (right).

Early research has identified that faces with lighter, redder, and yellower skin were seen as the healthiest – and this was consistent across all ethnicities. There also seemed to be relevant biological processes associated with these colours: for example, lighter skin is associated with the ability to absorb more vitamin D. Greater redness, particularly when from oxygenated blood, may indicate more efficient circulation and blood supply to the skin.

But it is yellowness that seems to be particularly relevant for health, and for good reason: people with yellower skin tend to have healthier diets, rich in fruit and vegetables. The organic pigments in these foods, known as carotenoids, are hugely beneficial for health, and seem to be responsible for producing that desirable healthy glow. Intriguingly, tanning also increases skin yellowness and makes faces appear healthier, but the yellowness conferred by carotenoids (as a result, perhaps, of a healthy diet) is preferred to the yellowness brought about by tanning.

The secret to a healthy appearance isn’t as simple as eating more fruit and vegetables, however, it’s a bit more complicated than that – and healthy face colouration may be more nuanced than previously thought. Skin conditions such as dark circles under the eyes or rosacea, a condition which causes the skin to flush and redden, cause great concern to sufferers – Google searches of treatments or remedies return millions of hits. Both these conditions are also localised to areas of the face, which suggests colours in certain areas of faces could be relevant for looking healthy. Might these patterns of colour in faces, rather than the colour of the entirety of facial skin, be more relevant for looking healthy?

To answer this questions, we asked observers to rate faces for how healthy they thought they were, and calculated the colour differences between faces seen as very healthy and very unhealthy. We used Caucasian faces for the comparison, but there is some evidence that suggests how the overall skin colours of yellowness, redness, and lightness are seen as healthy in non-Caucasian faces too: it seems that everyone, regardless of race, finds these tones to be healthy.

Our research found that while yellowness across the whole face was a contributor to looking healthy, confirming earlier findings, lighter skin under the eyes and redder skin on the cheeks seemed to play larger roles. That colouration, in those areas, seemed to account for a lot more variation in health ratings than skin yellowness. One a picture of health, the other, not so much - which do you think looks healthier?

Interestingly, when we reversed the location of the colouration – lighter cheeks and redder under-eyes or darker cheeks and greener under-eyes – there was no clear preference. Given the wealth of research showing lighter skin and redder skin across the whole face is perceived as healthier this result was surprising. What this work suggests is that lightness and redness in our facial skin is seen as healthy, but only when it is under the eyes or in the cheeks, respectively. Red cheeks are healthy, red eyes not - do you think one looks healthier than the other?

In a final study, I looked at which facial area and colour was seen as the healthiest. While having redder cheeks and light skin under the eyes came out as looking equally healthy, dark skin under the eyes made people think the faces looked quite unhealthy, even more so than sickly-looking greener cheeks.

It is no surprise that cosmetic products such as concealer and blusher are so popular, since they increase a healthy looking colouration in the areas that matter the most to health perception – but nothing could ever beat a good night’s sleep and regular exercise.

Alex Jones carried out this research as a postdoctoral researcher at Gettysburg College, as part of a research project funded by CE.R.I.E.S./CHANEL PB.