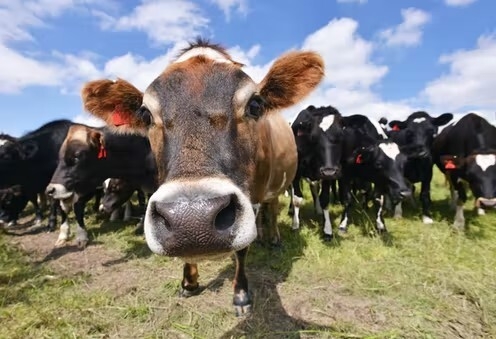 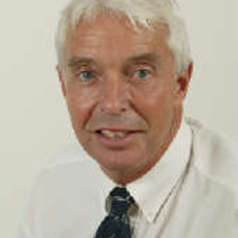 After decades of avoiding inclusion in the Emissions Trading Scheme (ETS), New Zealand’s primary production sector has begrudgingly acknowledged that reducing on-farm emissions of greenhouse gases is an imperative.

Charged by the government with developing a pricing mechanism and strategy as an acceptable alternative to joining the ETS in 2025 under the Climate Change Response (Zero Carbon) Amendment Act, the sector finally released its proposal earlier this month.

Their recommendations have now been submitted to the government, which has until the end of this year to consider its options. However, numerous uncertainties surround the scheme, which will need to be addressed if it’s to work properly.

Since opposing a previous Labour government’s so-called “fart tax” in 2003, many farmers and their representative organisations have resisted inclusion in the ETS while also calling for government assistance to help cope with the impacts of climate change.

In 2015, Federated Farmers claimed voluntary levies had reduced emissions per unit of meat and milk produced by 1.3% a year since 1990 (achieving similar objectives to those of the loathed “fart tax”).

Regardless of these industry and government initiatives, however, annual agricultural emissions have risen 15%, from 34.1 million tonnes of carbon dioxide equivalent (emissions of all greenhouse gas added together) in 1990 to 39.4 million tonnes in 2020 (the latest available data) with no signs of decline.

He Waka Eke Noa recommends all agriculture and horticulture businesses above a certain size should be registered and encouraged to calculate their annual emissions. This will include both short-lived biogenic methane from ruminants and long-lived nitrous oxide from soils, as well as carbon dioxide from fertiliser manufacture (though fossil fuel emissions aren’t included).

A split-gas levy will then be charged, but at a much lower price per tonne than all other sectors are being charged under the ETS. The levy would increase each year, with its price determined by a “systems oversight board”.

Typically the annual levy, as proposed for a large dairy, sheep or beef farm, could exceed NZ$30,000, whereas it might be only $100 for an orchard, based on synthetic fertiliser use. 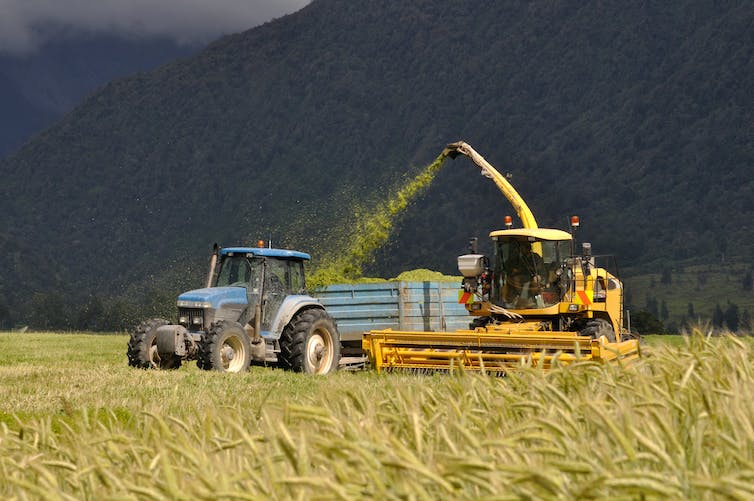 In order to reduce their annual emissions and hence the levy paid, the intention is that farm businesses will have an incentive to use carbon mitigation technologies and introduce forest sinks on their property.

Fossil fuel energy inputs are already covered under the ETS so have been excluded. Unfortunately, this prohibits any incentives being applied for reducing diesel consumption by improving the efficiency of machinery, displacing coal and gas used for heating, or even generating renewable electricity from solar, wind, micro-hydro, crop residues or animal waste resources available on the farm.

He Waka Eke Noa analysis points to a reduction of agricultural emissions of just a few percent by 2030 from both the uptake of new technologies and farm forest sequestration.

Assumed total administration costs of around $120 million to $130 million will be necessary to achieve an annual emissions reduction of about two million tonnes of carbon dioxide equivalent by 2030 if successful. Such an annual reduction should be ongoing, although the levy prices charged are yet to be determined.

Therefore the overall cost measured in terms of dollars per tonne of carbon dioxide avoided, and the revenue to be obtained from the levy for investment in research and development, are not known.

There are numerous other uncertainties. What percentage of farm businesses will register, calculate their emissions and then dutifully pay the levy? What happens to those who don’t wish to take part? Who will monitor the accuracy of their annual submissions and using what methods?

It has been acknowledged that much trust in the farming community will be involved. 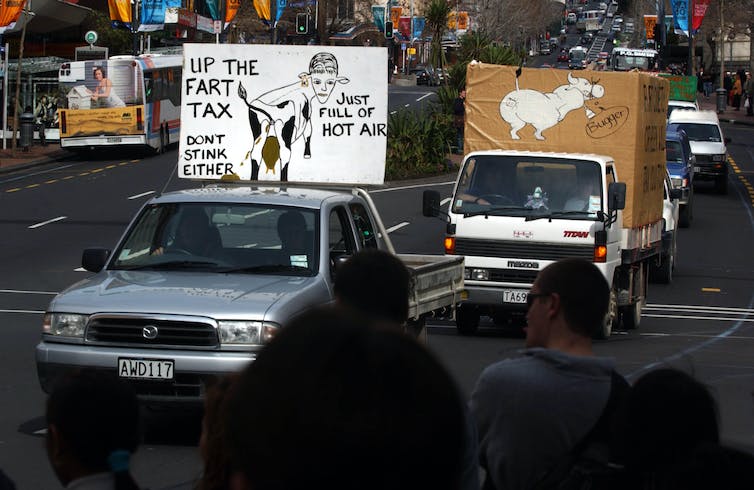 A 2003 protest in Auckland against the government’s proposed ‘fart tax’. Getty Images

Furthermore, what happens when no more suitable, low-grade land is available for forest sequestration? Planting trees can only be a short-term measure to buy time before having to reduce domestic carbon emissions more stringently.

Under the ETS, the minimum land area for registering a forest sink is one hectare, so the carbon uptake can be measured and monitored. How will numerous small areas of trees on thousands of farms be monitored, and future carbon loss from harvesting, storm damage or fire accounted for?

Areas of mature indigenous forest are in carbon balance so they cannot sequester more carbon. However, if the trees have been damaged by stock or pests whose removal allows some regrowth, how will this be measured in practice?

Perhaps the main question to ask is, given the relatively low prices likely to be applied per tonne of emissions, how many mitigation technologies will prove economic to implement?

For example, if the 2030 levy price on methane is $15 per tonne of carbon dioxide equivalent, whereas the cost of mitigation strategies (such as using seaweed additives in cow feed) comes in at $20, then why would a dairy farmer bother?

Ultimately for a farm business it will be a balancing act between costs and achieving emission reduction goals. As the Climate Change Commissioner has said:

Agricultural emissions pricing needs to achieve emissions reductions – but if implemented poorly it also has the potential to create financial hardship for farmers as they transition to low emissions.

And in the words of the president of Federated Farmers:

Like all of these types of agreements with many parties involved, there’s always going to be a couple of dead rats you have to swallow.

So whether the ministers of climate change and agriculture will swallow a dead rat or two and accept these industry recommendations – with all their uncertainties and lack of high ambition – remains to be seen.

Or will the primary sector be made to join the ETS after all? If so, the fart tax might have been a better outcome for farmers in the first place.