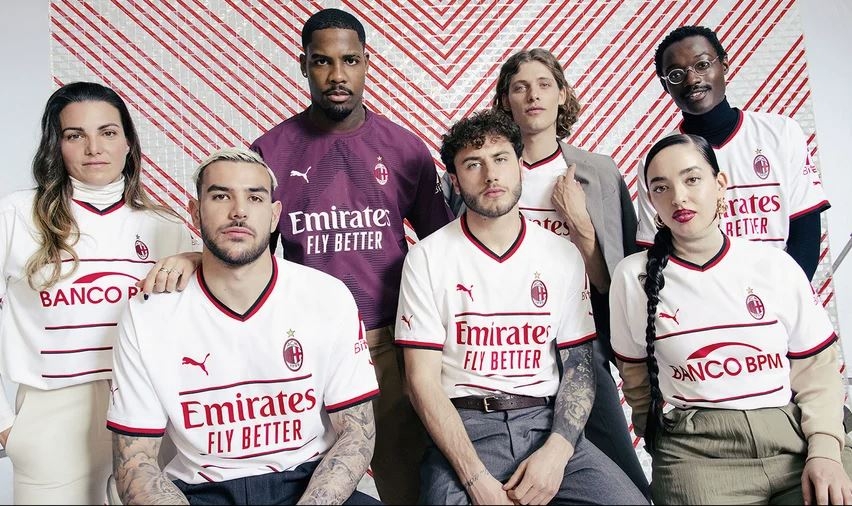 This year's tribute to a fan favorite, the Away kit from 1984/85, carries on the tradition.

The new Away kit will be worn by the men's, women's, and youth .teams

The all-white Away kit synonymous with some of AC Milan's biggest titles and finals.
When AC Milan won the European Champion Clubs' Cup for the first time in Italian history in 1963, they did so in an all-white uniform. After six decades and seven European championships, the all-white away uniform is still a defining characteristic of the Club.

This year's tribute to a fan favorite, the Away kit from 1984/85, carries on the tradition.

After that, the Club entered a new era of supremacy, winning five more European championships while donning a white uniform in every final.

In a modern twist on the 1984–85 Away jersey, the white foundation features seven red horizontal stripes down the center of the jersey. The seven stripes, which date from Wembley Stadium in 1963 to Athens in 2007, signify AC Milan's seven Champions League victories. Along with the Milan coat of arms on the upper back, the jersey has red and black trim on the V-neck collar and sleeve cuffs.