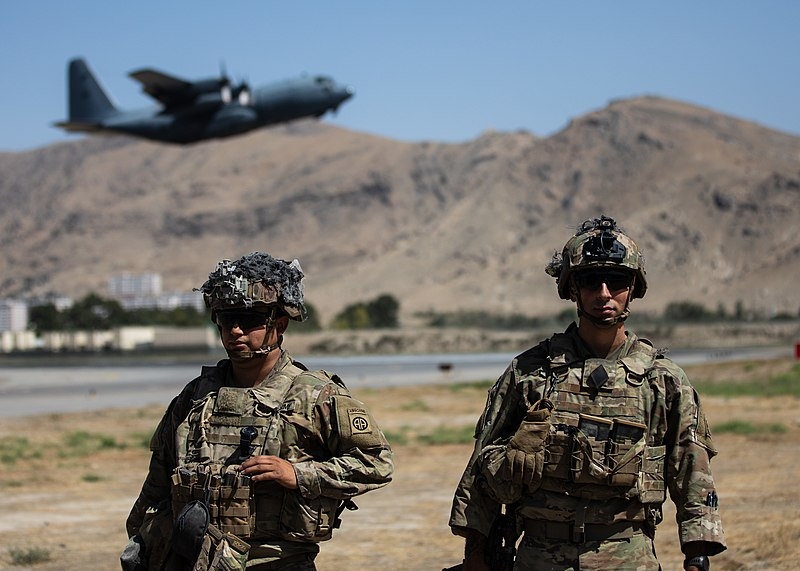 So far, over 100,000 Afghan refugees and American nationals have been flown out of Afghanistan as part of the evacuation efforts. A former Afghan diplomat recently pushed back on the narrative by the media that US President Joe Biden is responsible for the rapid takeover of the Taliban in the war-torn country.

Speaking on CNN, Omar Samad, who is a former Afghanistan ambassador to Canada, called out the narrative pushed by the network’s host Jim Sciutto that the Biden administration is responsible for the insurgent group’s rapid takeover of the country. During the interview, Samad called on the international community to continue engaging with Afghanistan diplomatically regardless of the withdrawal.

Samad then pushed back on Sciutto’s suggestion that the US has abandoned Afghanistan resulting in Washington having very little leverage on the country now as the insurgent group has overthrown the government hardly unopposed. “The US has been in the country for 20 years,” said the former diplomat.

“I have been witness to everything the US has done. $2 trillion, 2500 deaths, 200,000 Afghan deaths. We tried everything,” said Samad. “The Afghan leader fled at the last moment. So part of the responsibility is on the Afghans themselves. This is their country, right?”

Biden has received a lot of backlash from the media outlets but also from both Democrats and Republicans. A majority of US military veterans, including those who have served in Afghanistan, have voiced their support for Biden’s decision to withdraw. Other commentators have also called out the media’s narratives on Biden and the Afghanistan crisis.

In the midst of evacuation efforts, the head of the US Central Command announced that two suicide bombing attacks in Kabul took place Thursday, resulting in American casualties. 12 US military servicemen were killed from the attacks by the Islamic State militants, while 15 were injured. There were Afghan civilian casualties from the bombing as well, said General Kenneth McKenzie.

Among the servicemen that were killed from the suicide bombing attacks were four Marines. Two explosions occurred among the crowds that were trying to enter the Kabul airport. These attacks follow warnings from western governments that the Islamic State extremists may stage an attack during the evacuations.