America has never been truly isolationist, and Trump isn't either 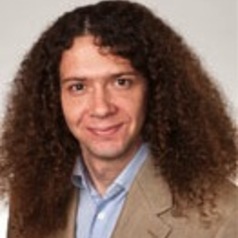 Donald Trump is often called an “isolationist”. Some commentators argue he has revived a dormant isolationist tradition that goes all the way back to the Revolution.

His slogan “America First”, which featured prominently in his inauguration speech, evokes the movement of the same name that fought to keep the United States out of the second world war.

Since assuming the presidency, Trump has not backed down from his campaign rhetoric about withdrawing from trade deals and reconsidering alliances. And there would seem to be no better metaphor for isolation than the promise to build a “big, beautiful wall” around the country’s borders.

But America has almost never been genuinely isolationist, and Trump isn’t either. Like many political leaders throughout American history, he believes the US needs to rewrite the rules of the international order so it can assume its proper role in the world. That is a role of domination, not withdrawal.

Peace, commerce, and honest friendship with all nations, entangling alliances with none.

This desire to avoid “entanglement” did not mean abstaining from world affairs. Jefferson himself launched America’s first overseas war, against the Barbary States of North Africa that were demanding tribute from American merchant ships. Far from looking inward, Jefferson dramatically expanded the boundaries of the US in 1803 through the Louisiana Purchase from France.

In 1823, President James Monroe set out a doctrine that reaffirmed American non-involvement in the affairs of European powers. The Monroe Doctrine also prohibited European powers from interfering with the newly independent countries of the Americas, giving the US a free hand to expand further west across North America, dominating commerce and politics throughout the hemisphere.

The southern politicians who controlled US foreign policy before the Civil War sought to protect slavery in other American countries. The Monroe Doctrine became more blatantly imperial in 1904 with the Roosevelt Corollary, under which the US assumed “police power” in Latin America and the Caribbean. President Theodore Roosevelt described his foreign policy as “speak softly, and carry a big stick.” Theodore Roosevelt and his big stick in the Caribbean. By William Allen Rogers Courtesy of Granger Collection

Interventionism is the norm in American foreign policy. Even during the most supposedly isolationist period in American history, the interwar years, American leaders wielded heavy influence in international politics.

As Bear Braumoeller has shown, while standing formally aloof from the League of Nations, the US orchestrated numerous agreements and conferences on collective security, some of which were temporarily successful. American financial power more than made up for lack of membership in the League, which could do little without it.

Although Americans in the late 1930s were keen to stay out of any looming European war, this was mainly because they underestimated the threat posed by Nazi Germany. After the shocking surrender of France, public opinion quickly swung behind American intervention.

Trump has long believed that the postwar American system of alliances and free trade agreements is too generous to other countries. This is what he means by “America First”.

Trump is famous for changing his politics whenever it suits him, but his attitudes towards foreign policy are quite consistent. In 1987, Trump paid for an open letter in the New York Times, Washington Post and Boston Globe titled:

For decades, Japan and other nations have been taking advantage of the United States … The world is laughing at American politicians as we protect ships we don’t own, carrying oil we don’t need, destined for allies who won’t help … Make Japan, Saudi Arabia and others pay for the protection we extend to our allies. Let’s help our farmers, our sick and our homeless by taking from some of the greatest profit machines ever created – machines created and nurtured by us. “Tax” these wealthy nations, not America.

End our huge deficits, reduce our taxes, and let America’s economy grow unencumbered by the cost of defending those who can easily afford to pay us for the defense of their freedom. Let’s not let our great country be laughed at anymore.

Thirty years later, the same message was at the core of Trump’s campaign: our leaders have let other countries take advantage of us.

Reading his campaign book, it is striking how directly he attributes his country’s domestic problems to the fact that America doesn’t “win” internationally. Illegal immigration, for example, is not a matter of “a few individuals seeking a better way of life”, but is a way for foreign governments to “get rid of their worst people without paying any price for their bad behavior”.

Trump’s claim that the US has put other countries’ interests ahead of its own may surprise anyone outside the US, but it had a willing audience during the election. He underestimates how much US allies already pay for American protection, but even Barack Obama complained that European countries weren’t paying their fair share in NATO. All four of the top candidates for the presidency ultimately opposed the Trans-Pacific Partnership, from which Trump has just withdrawn the US.

Trump’s repeated claim that the US should have taken Iraq’s oil underscores his “transactional” approach to foreign policy: if the US is going to be militarily involved in other countries, it should make a profit.

Given that Trump wants a massive military build-up, and will have to pay for it somehow, this is not likely to result in isolationism. Trump may strip the US of its claims to be a “moral superpower”, but it will remain a superpower.

Trump is looking for a pay rise for his country, not a new job for it.

David Smith does not work for, consult, own shares in or receive funding from any company or organization that would benefit from this article, and has disclosed no relevant affiliations beyond the academic appointment above.