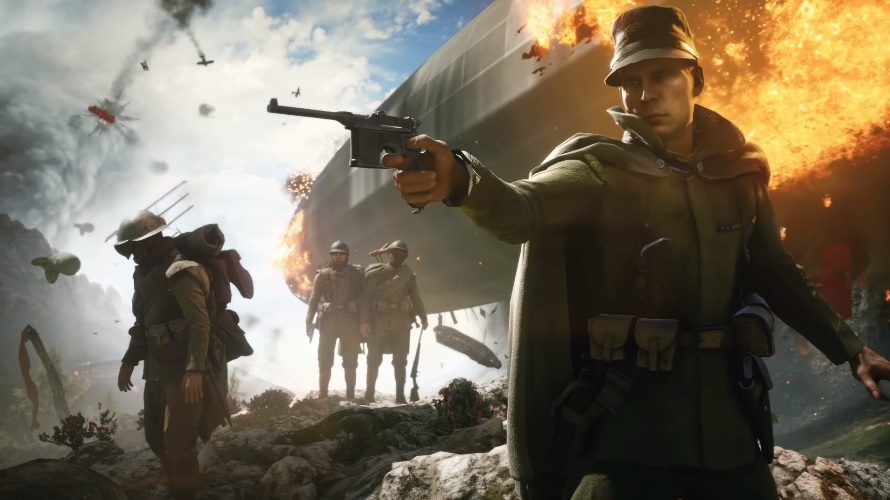 Even before EA and DICE could release the official reveal trailer of “Battlefield 6,” a couple of images have already appeared in the wild suggested to offer a glimpse of the upcoming game. One of the images shows a desert island map, which has somewhat appeared in a previous report.

The rumor mill has been busy over the weekend after two images, supposedly showing parts of the gameplay or the reveal trailer of “Battlefield 6,” started making the rounds online. The first photo (via VGC) shows a view from the sky over a desert island, along with several other aerial vehicles in the air. The second image is taken from a first-person perspective as if the player is riding a helicopter and approaching a rocket launcher and a mean-looking tornado.

Anyone who has been closely following the “Battlefield 6” leaks over the past few weeks might find these images familiar. That is because these are almost the exact scenes sketched by well-known gaming leaker Tom Henderson in April. While he refrained from retweeting the actual leaked photos, Henderson did recognize them saying they are real.

here I made them a bit cleaner and sharper. pic.twitter.com/7A1B2LvxAm

Naturally, some fans are skeptical as they argued the new leaks may have just been detailed renders based on Henderson’s earlier drawings. Others also questioned the legitimacy of the leaks, mainly because of the low quality of the screenshots. But the leaker suggested that the images were possibly captured through a screen.

It is also worth noting that Henderson has been one of the main sources of “Battlefield 6.” He reported that the game would be set 10 years from now, allowing DICE to feature military tech that is still under development in real life.

Per the tradition of the franchise, players would enter the game as a soldier. The same source said, regardless of the player’s character allegiance, they can choose to fight for either of the two superpowers in “Battlefield 6” -- USA and Russia.

‘Battlefield 6’ release date: When to expect the reveal trailer

Since the latest leaked images spread on social media, fans have speculated that they could be scenes from the anticipated “Battlefield 6” reveal trailer. But there is also a chance they could be part of an earlier version of the video teaser that is expected to be released sometime this month.

It would also appear that the “Battlefield 6” trailer has been in the works for some time now. EA Chief Studios Officer Laura Miele addressed employees of the game publishing company in March saying, “We’ve recently seen the first version of the reveal trailer for Battlefield and it’s shaping up to be a truly amazing first look at this groundbreaking game.” Meanwhile, what DICE and EA have confirmed for now is that the game is slated to launch in holiday 2021.