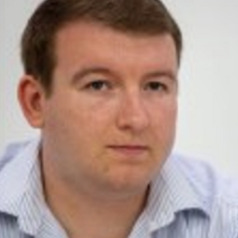 Recent allegations from within the Conservative party suggest this relationship is damaged.

Shortly after defecting to the Labour party, backbench MP Christian Wakeford alleged that the Conservative whips had threatened to withdraw funding for a school in his constituency if he did not support the government on a specific vote. Backbench MP William Wragg also issued a statement warning that it is not the job of whips to suggest funding is at stake if an MP rebels.

The techniques whips use to bring rebellious MPs into line are generally spoken of as “dark arts”. Parliamentarians hardly ever go on the record about their encounters in the corridors of power so while evidence has not yet been made public (despite the threats to do so), recent events have been an insight into a system with which few outside of Westminster are familiar.

A good whip needs a strong character and plenty of carrots and sticks up their sleeves. A carrot might be the promise of a ministerial career in the future. It might even be the promise of a favourable eye for projects in their constituency. A stick, meanwhile, may be a threat to take all of that away.

So long as these carrots and sticks remain hypothetical, the whips are not crossing a line. The problem comes when specific projects are mentioned as part of the mix. For instance, a whip casually mentioning in conversation that it would be foolish to rebel on an issue of importance to the government because the party leadership might, in turn, look less favourably on issues of importance to that member is not blackmail and probably wouldn’t stand up in court. But saying outright that “if you vote against us on this motion, you can say goodbye to the new hospital in your constituency” might well.

It is true that all governments prioritise projects in constituencies which matter to them. The need to make promises to voters and to deliver on those promises (particularly to parts of the country which have felt overlooked for decades) matters if the government wishes to retain those seats at the next election. That has been notably true for Boris Johnson’s government, which came to power off the back of promises to “level up” neglected regions – such as the constituencies represented by Wakeford and Wragg.

The challenge here is that while voters are promised projects if they vote for a particular candidate, explicit terms and conditions are not attached to those promises. Although the whips will expect their MPs to toe the party line in all votes in order for those promises to be fulfilled, those terms aren’t themselves run past the constituents.

Why MPs are speaking out

One of backbenchers’ biggest complaints about the Johnson government is that the leadership doesn’t listen to them and isn’t particularly responsive to them either. It says a lot about the state of relations in the Conservative parliamentary party that the whips would take such extreme measures but it also says a lot that MPs are frustrated enough to air their dirty laundry in this way.

To some degree it also suggests that these MPs are no longer as fearful of the whips as they once were. That, in itself, is a problem for the government’s whipping operation if it is to get these MPs back on side. There is clearly an element of desperation involved in the way the whips have been operating in recent weeks. But if the ultimate goal is to keep Johnson in office, the current whipping team may not find itself in place much longer.

The specific accusations against the current team may shock but the fact remains that we need whips. A parliament without them would be complete chaos. There would be no way to herd 650 MPs. MPs are elected on a party platform and should that party win the election, the expectation is that the platform is put into effect.

This is where the whips come in, to ensure those instructions from the party leadership are followed. There can be multiple votes a day in parliament and given the various roles MPs fulfil they may not always know the full details of what is being voted on. Whips help to guide MPs and inform them of the importance of a given vote (for example, the level of attendance required) and which way their party leadership would like them to vote.

It’s also important to remember that the whips provide advice and support to any MP who needs it. For instance, new MPs might find settling into Westminster challenging, particularly with the travelling and being away from their families for large parts of the week.

This story exposes a key dilemma for MPs. The truth is that they are representatives of both party and constituency. MPs are elected by their constituents, but they also secure their candidacies through political parties.

There can be tension between two masters, especially when the whips try to do what they think is best for the party by taking a course of action that is perceived to negatively affect a constituency. Evidently, in this case, the MPs in question feel one of their masters has gone too far.