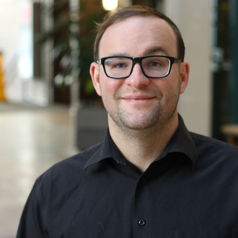 Defund should not be a dirty word.

In fact, defunding public police is a step towards choosing real safety for communities across Canada. Defunding means taking funds from police budgets, while shrinking the size and operations of police. At the same time, it means granting more power to community groups and dedicating more resources to community and social development. Defunding police is a necessary step toward social and economic justice.

Police rhetoric and intimidation push people away from thinking through the costs of policing. The rhetoric can be so overwhelming that it often prevents us from exploring alternative possibilities of non-punitive and community-led responses to transgression.

I’ve recently helped to edit a collection of essays exploring the economic, political and social reasons for defunding, disarming and dismantling public police in Canada. After reflecting on the arguments, I am convinced that larger police budgets and greater police deployments will cause more harm than good.

Police are breaking the bank

One major reason to defund police is economic.

In some Canadian cities, public police budgets now account for more than 30 per cent of municipal budgets. The costs of policing are expected to surge even higher in the next decade.

These costs are creating structural deficits that municipalities will never escape from. On economic grounds alone, defunding police is an issue anybody interested in cities and public (and fiscal) policy should have at the front of mind. This money should be reinvested in social programs, community development, mental health, transportation and housing.

Still, it’s necessary to go beyond economic claims and look at the politics. The politics of police are another reason for defunding.

The politics of police forces are anti-democratic and contrary to social justice.

For example, this past February during the right-wing “trucker” protest, some police sided with the anti-vaccine convoy in cities like Ottawa, Winnipeg and Coutts, Alta.

Some officers used their cars as personal photo booths for the occupiers and acted as valet parking for the truckers, revealing differential treatment for mostly white settler protesters compared to, for example, Indigenous Wet’suwet’en land defenders and water protectors. Several officers across the country are under investigation for either donating to the trucker convoy or posting social media alerts cheering on the occupation of Canadian cities that were hurtful, disruptive and disrespectful to so many.

There are other examples of regressive police politics. Police have used public resources to support their own narrow, conservative political causes. In Edmonton and Lethbridge, Alta., police have been caught spying on their critics and circulating negative social media posts. In Toronto and Winnipeg, police unions have run attack ads against mayors when those politicians suggested police costs should be reined in.

Recently, Calgary police have indicated they will continue to wear thin blue line patches that have been called fascist and racist in the United States and in Canada too. 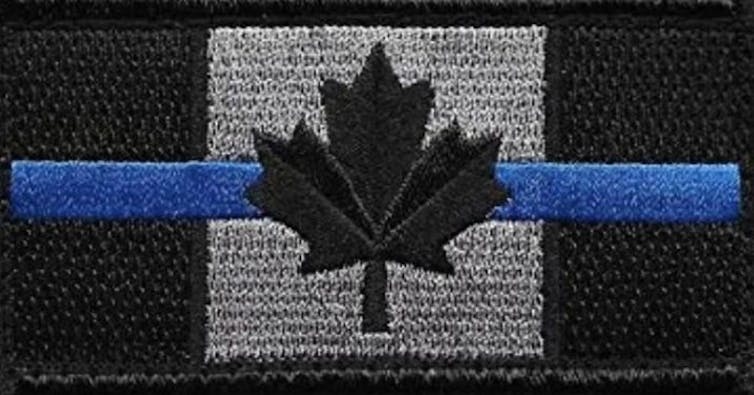 A ‘Thin Blue Line’ patch that has been called fascist and racist in the U.S. and Canada. Amazon

Some police like to suggest they are the thin blue line holding back forces of chaos in the world. This requires police to adopt an aggressive law-and-order ideology.

To mark their political stance and exceptional (some might call it extremist) posture, officers will adorn their uniforms with thin blue line patches or put blue line stickers on their cars.

These examples reinforce the idea that police are biased against left-wing political groups and embody a conservative political order.

In this conservative political police culture, critics must be neutralized. Police defunding becomes a dirty word.

A further reason to defund and abolish police is the violence they exact, especially on Black and Indigenous peoples.

There are other groups suffering from police violence in ways that have become commonplace. People experiencing mental health crises are routinely shot to death by police instead of getting support.

Medical doctors and nurses in the U.S. and Canada tired of seeing the results of police violence on the bodies of their patients have formed groups calling for the defunding and abolition police.

Other groups are mobilizing for abolition and organizing workshops on alternatives to calling the police because they see police violence is causing tremendous harm.

That immediate violence is in addition to the slow violence that criminalizing people does to entire neighbourhoods. Every arrest by police can affect access to education and employment opportunities, and have a lasting impact on families. Imprisoning Communities by U.S. criminologist Todd Clear is a book everyone should read: it reveals how putting people in jail erodes social and familial bonds.

It might seem counter-intuitive, but criminalization undoes community and creates conditions for more transgression. The more police criminalize people, the less healthy our communities are. When you understand that, you start to see the harm that police do everywhere.

Do we want a society governed by a rock-‘em-sock-‘em mentality of reactive, violent responses to people in distress and need?

Or do we want to live in a generous society in which community development is the focus of government funding, and policing is no longer a major priority?

It is not a luxury to debate this for many people, especially Black, Indigenous and people of colour in Canada. Police abolition is a matter of survival.

For more discussions about defunding the police, check out the book Disarm, Defund, Dismantle: Police Abolition in Canada which confronts policing myths head on. The ideas in the book build on the work of many social movement groups calling for police defunding. The book examines the politics and economics of policing, the history of police violence, the colonial dimensions of Canada that public police continue to uphold, the police targeting of sex workers and migrants, and the need to put defunding on the agenda in every jurisdiction.

Reading these arguments may help communities envision alternatives to police while bolstering arguments to defund police and refund community.

We have decreased the power and scope or done away with harmful social institutions before. Continuing to accept the status quo by handing over massive budgets to public police institutions will not get us to a safe and healthy future. Bigger police budgets and greater police deployments are a recipe for more harm.