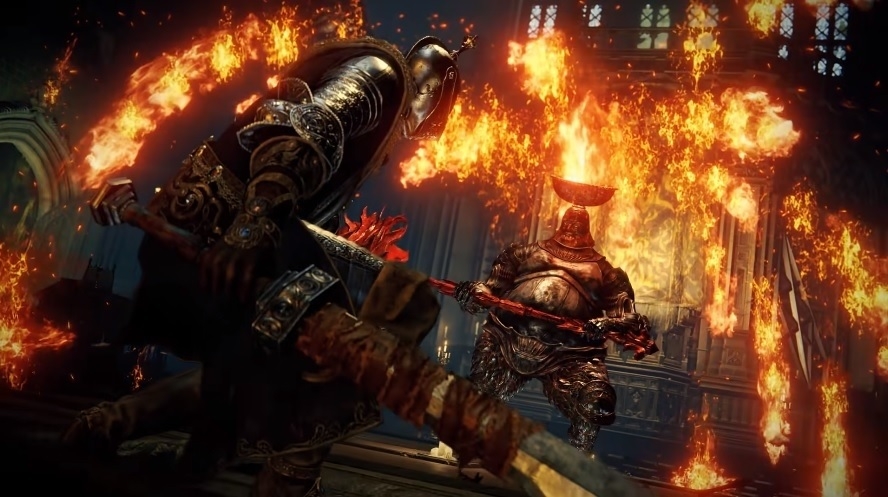 Fans of FromSoftware waited a long time for a new trailer of “Elden Ring,” and their wish came true last summer. Since then, however, the developer has yet to release new teasers. But leaked footage allegedly showing the title’s gameplay on an Xbox One system has appeared in the wild recently.

A 27-second video has been widely shared on various social media platforms over the weekend. Sources, including known gaming leaker Jeff Grubb, reported that the footage is showing brief gameplay of “Elden Ring.” Surprisingly, FromSoftware or Bandai Namco has yet to go after these posts. While the original post on YouTube has gone private, the leaked video is still available on Reddit and Twitter as of this writing.

Fans should manage their expectations, though. The video leak does not show much of “Elden Ring.” It only shows an armored character standing in front of a huge glowing tree and briefly running around a mountain. The leak does not demonstrate any combat scene or any weapon in action. When the character approached a couple of large eagles, they flew away and left behind a few fallen feathers, showing FromSoftware’s attention to detail. The leak also suggests players do not need to build much momentum before jumping from one area to another, making in-game movement seem smoother.

The source of the video leak said the “Elden Ring” gameplay was taken from an Xbox One console. Grubb noted that the footage was a few weeks old at the time it was posted, and he suggested based on the video’s gameplay frame rate that it may have been taken from Xbox One X.

“Elden Ring” is slated to launch on Jan. 21, 2022 on PC, PS4, PS5, Xbox One, and Xbox Series X/S. But fans are hoping to see at least one more trailer and hear more gameplay details before it launches.

As FromSoftware previously revealed, “Elden Ring” will allow players to visit different maps in a non-linear fashion. While the game is designed with maps arranged in a certain order, players will be allowed to go through them in no particular order. The game is also confirmed to feature natural weather in-game and a time-of-day progression.