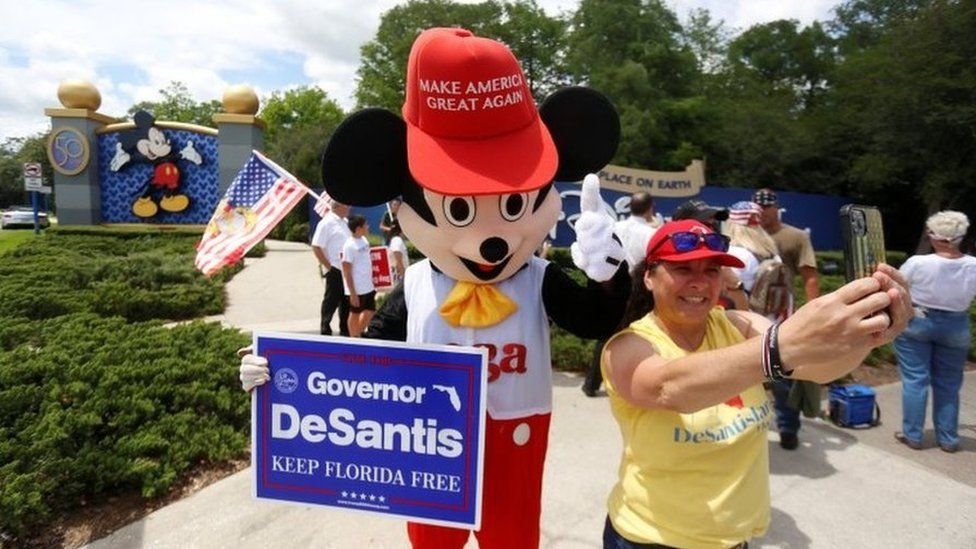 According to DeSantis, Disney's special status is an aberration as no individual or company in Florida is similarly treated.

Florida Governor Ron DeSantis signed a bill stripping Walt Disney Co of self-governing authority at its Orlando-area parks in retaliation for its opposition to a law limiting the teaching of LGBTQ issues in schools.

According to DeSantis, Disney's special status is an aberration as no individual or company in Florida is similarly treated.

The bill was approved by the Republican-controlled legislature on Thursday, and it will end the company's special governing jurisdiction, which permits it to manage Walt Disney World Resort as its city. It operates four theme parks, two water parks, and 175 miles of highway on the 25,000-acre property.

While the adjustment's financial impact on the corporation and the state is unknown, it could transform how Disney runs its huge Central Florida enterprise and sour the company's 50-year relationship with the state.

Disney would pay extra taxes as a result of the measure, according to the governor, who did not clarify.

DeSantis is a possible Republican presidential candidate in 2024 who has courted conservative supporters on topics including immigration, abortion, and LGBTQ rights.

Critics have dubbed the measure the "don't mention gay" bill because it prohibits teachers from discussing sexual orientation or gender identity with students in kindergarten through third grade. DeSantis voted in favor of the bill, claiming that it will offer parents more control over their children's education.

The law dissolves the Reedy Creek Improvement District, which was created in the 1960s to lure Disney World to the state, after the much smaller Disneyland had become a hit theme park in California.

The district has allowed Disney to operate as a county government for more than half a century, delivering services such as firefighting, power, water, and roads throughout Orange and Osceola counties. In turn, Disney can issue bonds with tax advantages to pay for improvements.