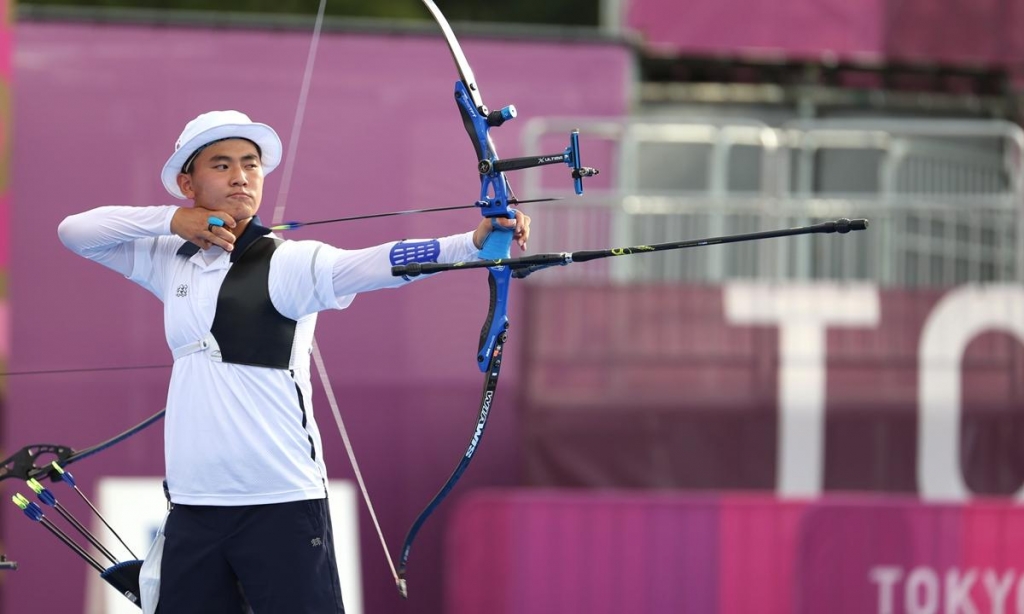 Other than Kim's mental strength and athleticism, his victories were partly attributed to his secret weapon: graphene bows.

Other than Kim's mental strength and athleticism, his victories were partly attributed to his secret weapon: graphene bows.

Kim also aimed for a third gold medal but dropped out of the round of 32 after losing to Germany's Florian Unruh.

Win&Win's WIAWIS brand of bows is made of either aluminum bows or graphene.

The athletes may choose either of the bows depending on their preferences.

Graphene bows can be bent and returned to their original shapes without losing performance quality, according to reports.

Win&Win previously has bows made of carbon nanotubes as their flagship products but replaced them with graphene.