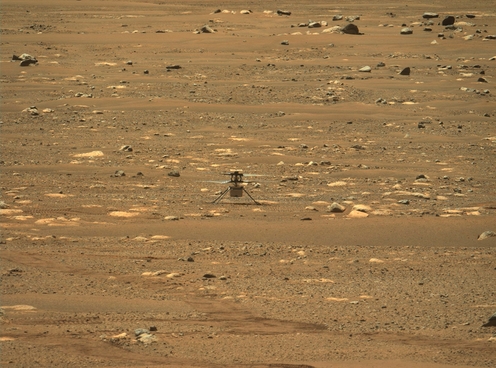 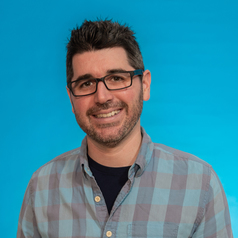 History has been made on Mars: NASA’s Ingenuity helicopter just achieved the first powered and controlled flight on another planet. Ingenuity is a small, lightweight, drone-like helicopter that was carried on the Perseverance rover. They launched from Earth together in July 2020 and landed on Mars on Feb. 19, 2021.

Ingenuity’s sole mission is to demonstrate that flight on another planet is feasible. In the early morning of April 19, Ingenuity spun up its rotors, climbed to a height of three metres where it hovered for about 30 seconds, performing a rotation while doing so, and then safely landed back on the surface of Mars.

A video showing the Ingenuity taking off on Mars.

And just like that, humans can now fly on other planets. This technological demonstration will help scientists create new missions to Mars and other places in the solar system using not just rovers, but helicopters as well.

Whether you’re on Earth or Mars, in order to achieve flight, you need to generate lift. An aircraft does this by forcing air to move around its wings or rotors. The amount of lift generated is related to how fast the air is moving over the wings, and how dense the air is. If the air is very dense, it will generate more lift at a given airspeed than if it was less dense; the less atmosphere, the lower the force of lift generated.

On Mars, the atmosphere is just one per cent the pressure of Earth’s, which makes generating lift much more difficult. The surface gravity on Mars is about 40 per cent of Earth’s. These conditions, and more, were painstakingly tested on Earth before launching to Mars.

NASA engineers designed Ingenuity with this in mind. Its rotor blades are 1.2 metres long. That is very large in comparison to its mass, which is just 1.8 kilograms (roughly the weight of a laptop). The rotors also spin much faster than would be required on Earth to lift the same amount of mass. 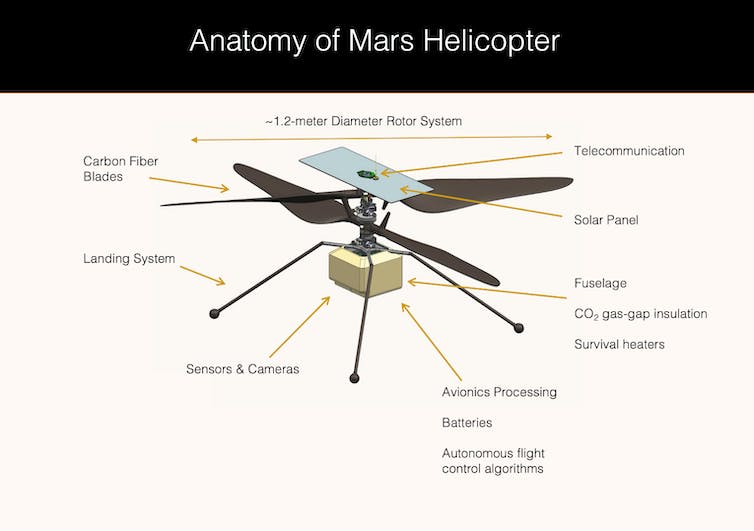 An illustration of Ingenuity, showing its physical features designed for flight on Mars. (NASA/JPL-Caltech)

At the time of Ingenuity’s groundbreaking flight, Mars was about 290 million kilometres away from Earth. At that distance, it takes light — and thus, communications — about 16 minutes to get to Mars, and another 16 minutes to get back to us. This delay makes it impossible to have a human fly the helicopter live, because any command you give Ingenuity is going to take 16 minutes before it gets there, and by that time, the helicopter could be face down in the dirt.

That means Ingenuity needs to be able to make flight decisions on its own. When Ingenuity spins up its rotors and starts to lift off from the ground, it must react to wind gusts, temperature changes or any other random environmental concern in order to achieve a successful flight.

Ingenuity was deployed to the surface of Mars by Perseverance on April 3, where it performed its first technological demonstration: surviving the night. The temperature on Mars can plunge to -80C at night; the helicopter needed to prove its on-board battery and heating systems were up to the challenge.

Next, Ingenuity performed a variety of pre-flight tests to evaluate all the systems and ensure flight readiness. However, during a high-speed spin test on April 9, Ingenuity’s computer systems identified a possible problem and shut the helicopter off. Ingenuity sent back data, and NASA engineers determined that a software fix was needed. Shortly thereafter, the helicopter performed and completed the high-speed spin test.

Now that Ingenuity has proven that it can fly, it will be directed to do a few more test flights before its mission ends. In some of these flights, Ingenuity could fly over 300 metres in distance.

Achieving flight on another planet means that our approach to planetary exploration will change. When we first started exploring Mars, we used landers that are unable to move after they’ve landed. Then in 1997, the Pathfinder mission deployed the Sojourner rover, a technological demonstration of roving capabilities (and awesomely featured in the feature film The Martian). The success of the Sojourner rover was later seen in the deployment of the twin Spirit and Opportunity rovers, and more recently in Curiosity and Perseverance.

Now, with the success of Ingenuity, what will Mars exploration look like moving forward? Helicopters will be able to study locations that even rovers cannot, like the side of a cliff, up a particularly steep hill, or within a field of really large rocks that the rover cannot navigate. A helicopter will be able to go much farther than the tens of kilometres a rover can.

With helicopter missions, scientists will be able to cover hundreds of kilometres of Martian surface. With that type of capability, our understanding of Mars will grow. 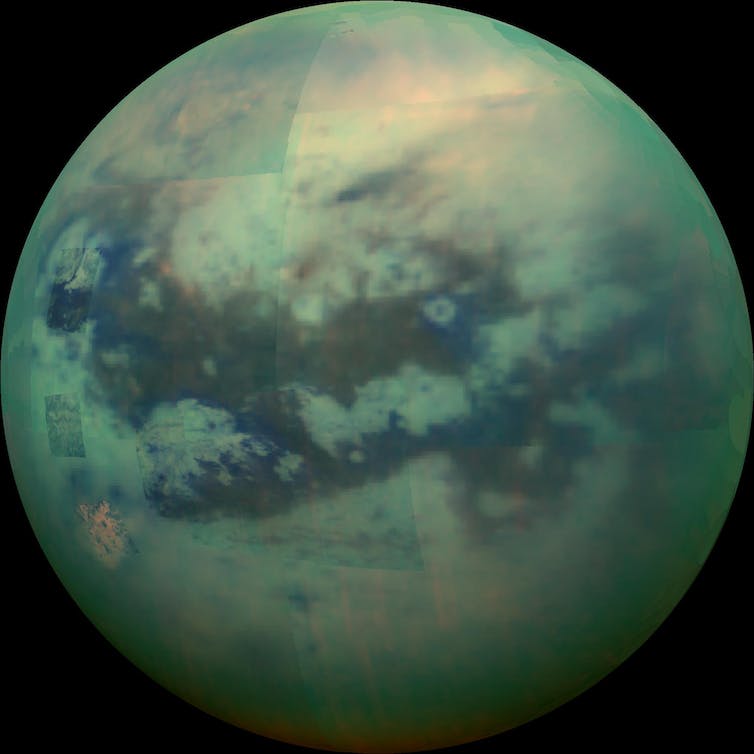 This composite image shows an infrared view of Saturn’s moon Titan from NASA’s Cassini spacecraft, acquired during the mission’s T-114 flyby on Nov. 13, 2015. (NASA/JPL/University of Arizona/University of Idaho)

And it’s not just limited to Mars. At this moment, a mission to Saturn’s largest moon Titan is currently being developed. It is called Dragonfly and will launch towards Titan in 2026 or 2027.

Titan has an atmosphere that is about 60 per cent thicker than Earth’s. Using four rotors, Dragonfly will be the first science mission to use flight as its primary mode of transportation. It will fly across Titan learning about its chemistry and possible habitability.

What Ingenuity is doing right now will help inform the engineers of Dragonfly how to build their spacecraft. It’s incredible to see how much technology has changed in just over a century. What will the next century look like?