FxWirePro- Top altcoins for the day (Strength index)(HBARUSD and OCEANUSD)

The Biggest Tech Trends For 2022

FxWirePro- Top altcoins for the day (Strength index)(ADAUSD and LTCUSD)

NFT: AMC Theaters distributes ‘I Own AMC’ NFTs for free to shareholders

Spotify promotions is the only way! 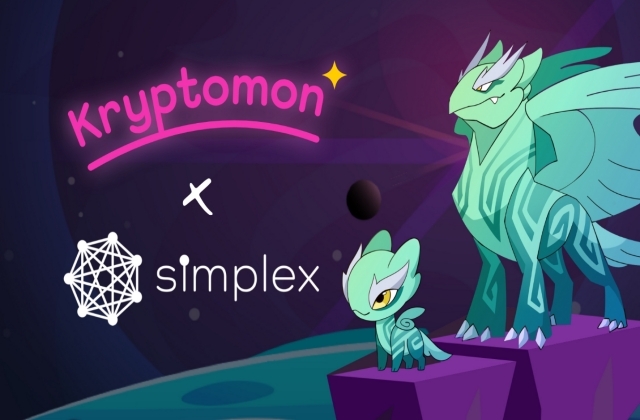 Kryptomon is an upcoming NFT game that is fast gaining attention. It has yet to be officially released but already attracted over 100,000 registrants who sign up in the span of nine days.

Now, prior to the Kryptomon NFT game’s launch, the company announced it has signed a deal with Simplex, an EU-licensed financial firm. This partnership is its very first non-fungible token gaming business deal.

With the team up, the companies have plans to make cryptocurrency more accessible to a wider audience. This is said to be a major step as Kryptomon walks towards reaching its goals.

It was revealed that the NFT game’s own currency called KMON was made available to the public not long ago. This move pushed its value to increase 10 times higher than its initial price.

As this happens, Kryptomon followed up the development with a partnership agreement with Simplex.

This company is already working with firms in the cryptocurrency and blockchain fields but this is its first gaming deal. Simplex is also a partner to over 350 companies worldwide and some major names include Binance, KuCoin, Visa, and TrustWallet.

“We are over the moon to be partnering with Simplex. From the inception of Kryptomon, our goal has been to continue making it the best possible version of itself to ensure users have the best experience that we can provide them with,” Kryptomon founder, Umberto Canessa Cerchi, said in a press release.

He went on to say, “This partnership is a huge step on our journey towards achieving that goal, as not only will the processes for purchasing KMON be made easier for our registered users, but those interested in becoming Kryptomon Trainers can do so easily and with the knowledge that their transactions are safe and protected.”

In any case, for interested individuals who would like to buy KMON, the Kryptomon’s process for this has been simplified to two steps and this was made possible because of Simplex. All that should be done is to download the Kryptomon game to their phone then input their debit or credit card details just like in any other e-commerce platform. Finally, they can instantly buy $KMON.