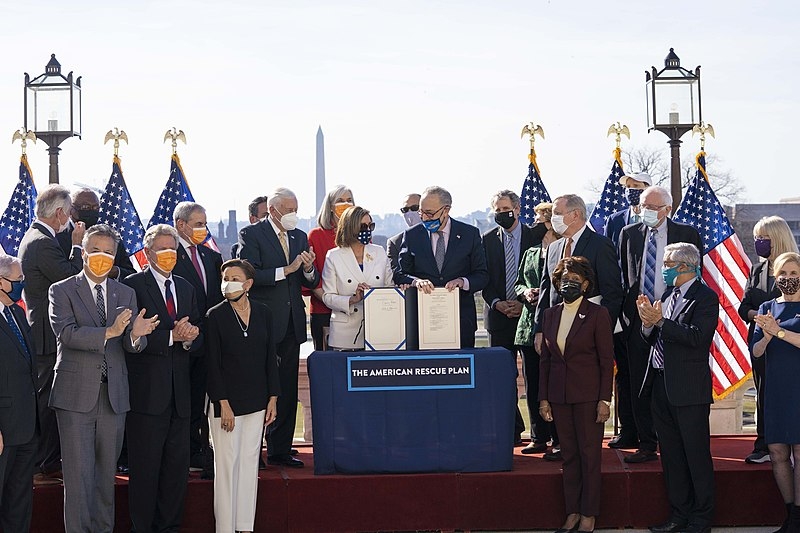 The House Minority Leader called to Pelosi to have Omar stripped of her membership as part of the House Foreign Affairs Committee following the Minnesota Democrat’s controversial comments. However, McCarthy stopped short of forcing a House vote on whether Omar should be removed from the committee or censured. McCarthy also warned that should Republicans win the House Majority in 2022, they would remove Omar from the committee.

Omar’s comments were discussed among the House Republican caucus Monday and are expected to be brought up again in a conference Tuesday. Speaking on Fox News, McCarthy accused Omar of being antisemitic on several occasions.

“I will promise you this,” said the House Minority Leader. “If we are fortunate enough to have the majority, Omar would not be serving on Foreign Affairs or anybody that has an antisemitic, anti-American view. That is not productive, and that is not right.”

Omar’s tweet sparked backlash from Jewish Democrats and led Pelosi’s office to issue a statement regarding the issue. Pelosi’s statement thanked Omar for her clarification and rebuked the comments. When Pelosi addressed the controversy over the weekend, she told CNN that they did not rebuke her and that Omar is a valued member of the House Democratic caucus and once again noted that they thanked her for issuing a clarification on her comments.

Meanwhile, Pelosi said Tuesday that the House will proceed with investigating the events of January 6, when a pro-Trump mob stormed the Capitol during a joint session of Congress. Pelosi met with some committee chairs prior to their hearing with FBI Director Christopher Wray who testified regarding the insurrection. This also follows the Senate Republicans’ filibuster of the bipartisan proposal for a commission despite receiving a bipartisan vote.

“Whether we have a commission today, tomorrow, or the next day over in the Senate or not, the work of the committees will be very important in what we’re seeking for the American people -- the truth,” said the House Speaker.