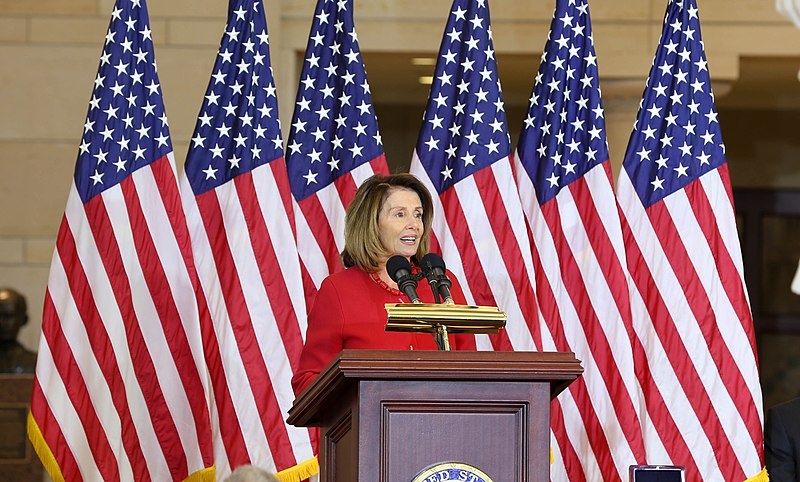 More reports on how former President Donald Trump used the Justice Department during his term are surfacing, showing the extent that Trump seemed to go through against his political enemies. House Speaker Nancy Pelosi ripped into the issue, saying that the actions of the Trump-era DOJ go beyond the actions of Richard Nixon.

Speaking on CNN’s “State of the Union,” Pelosi weighed in on the recent report that the DOJ under Trump secretly seized data from House Democrats on the House Intelligence Committee. Pelosi added that the DOJ chiefs at the time, Jeff Sessions and William Barr, and deputy attorney general Rod Rosenstein should testify before Congress on the reports. Pelosi described the action as one that goes beyond the deeds of Nixon.

“What the administration did, the Justice Department, the leadership of the former president goes even beyond Richard Nixon. Richard Nixon had an enemies list. This is about undermining the rule of law,” said the California Democrat.

Back in 2018, prosecutors from the DOJ subpoenaed Apple for data from the accounts of members of the House Intelligence Committee Democrats, including their staff members and family members as part of a leak investigation. Prosecutors were reportedly looking for sources behind the news stories of contacts between Russia and Trump associates. Among the House Democrats who were targeted were Reps. Adam Schiff and Eric Swalwell.

Pelosi added that the House will review the actions made by the Trump DOJ and the Biden administration’s DOJ inspector general will be looking into the investigation and how it was handled. This also comes as Biden’s DOJ is also facing some criticism over several moves as of late, including the decision to keep defending Trump in his rape defamation suit.

The House Speaker also expressed skepticism when Sessions, Barr, and Rosenstein all claimed to not have any knowledge of the subpoenas to Apple and the seizure of data from House Democrats, their staff, and their families. Pelosi said that their answers are “beyond belief” for them to say that they have no recollection of subpoenaing Apple for data.

Pelosi was also pressed what she would do should Barr, Rosenstein, and Sessions refuse to testify voluntarily. The House Speaker said that she hopes they will want to honor the rule of law.