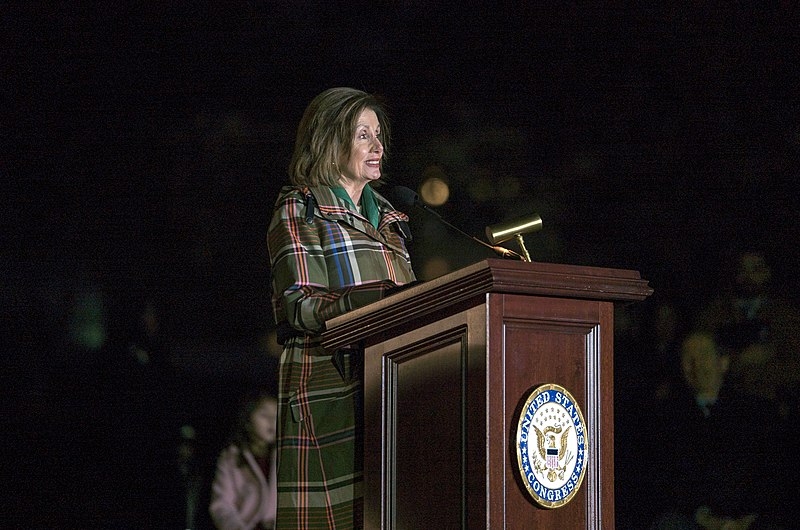 In light of the revelations that the Justice Department under Donald Trump secretly seized data from House Democrats on the Intelligence Committee, congressional Democrats are now speaking out against the allegations. This includes House Speaker Nancy Pelosi, who demanded that both Trump-appointed DOJ AGs Bill Barr and Jeff Sessions testify.

Over the weekend, Pelosi demanded that Barr and Sessions testify before Congress over what she described as the actions of a “rogue” Justice Department under Trump. This follows reports that in 2018, the Justice Department secretly obtained data from House Democrats on the House Intelligence Committee as well as reporters from news outlets like the Washington Post, the New York Times and CNN. The House Democrats were looking into possible collusion between Russia and the Trump campaign when the DOJ made the move, possibly targeting Trump’s political enemies including their staff and family members, one of which was a minor.

The move began when Sessions was Attorney General and continued under Barr’s leadership. Both Sessions and Barr said they had no knowledge of such probe into House Democrats and reporters. Pelosi expressed skepticism towards their answers.

This also led to another development that even data from former White House counsel Don McGahn was also seized without his knowledge. Some of the House Democrats that were revealed to have been spied on were Reps. Adam Schiff and Eric Swalwell. Coincidentally, both Congressmen led the impeachment efforts against Trump.

“This is about undermining the rule of law,” said Pelosi. “And for attorneys general, Barr and Sessions to say they didn’t know anything about it is beyond belief. So we will have them come under oath to testify about that.” The House Speaker added that it is important to determine if those involved in targeting House Democrats are still in the Justice Department.

In other news, Richard Barnett, the Capitol Rioter infamous for putting his feet up on Pelosi’s desk during the insurrection, was interviewed by Russian state television. The interview comes ahead of US President Joe Biden’s upcoming summit with Russian President Vladimir Putin. Barnett appeared in the interview with his attorney Joseph McBride.

Barnett is currently facing charges related to the insurrection such as obstruction of an official proceeding, disorderly or disruptive conduct in a restricted building or grounds with a weapon, and theft of government property.