T-cells: the superheroes in the battle against omicron 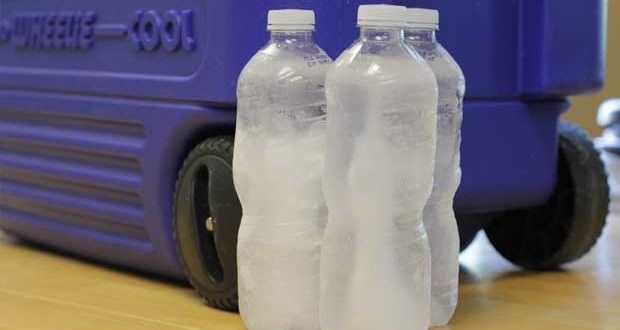 The test revealed that 24 hours after being packed, a delivery box with a frozen water bottle inside had an internal temperature of 19.4 degrees Celsius, while another box with a gel pack stood at 21 degrees Celsius.

The Korea Federation for Environmental Movement (KFEM) found that frozen water bottles are more than effective enough to replace gel packs, which are difficult to recycle, for fresh food deliveries.

KFEM's Tongyeong-Geoje branch began testing the use of frozen water bottles as gel packs replacement early this year with support from the South Gyeongsang provincial office.

The test revealed that 24 hours after being packed, a delivery box with a frozen water bottle inside had an internal temperature of 19.4 degrees Celsius, while another box with a gel pack stood at 21 degrees Celsius.

After 48 hours, the delivery box cooled by a frozen water bottle had an inner temperature of 22 degrees Celsius, while that with a gel pack had a reading of 22.1 degrees Celsius.

KFEM noted that with deliveries being made within 24 to 48 hours on average, the tests showed that a frozen water bottle keeps fresh food at a cool enough temperature for 48 hours.

With commercially-used gel packs consisting of super-absorbent polymer, a kind of plastic gel, and a plastic bag, it is difficult for the contents to be separated and recycled.