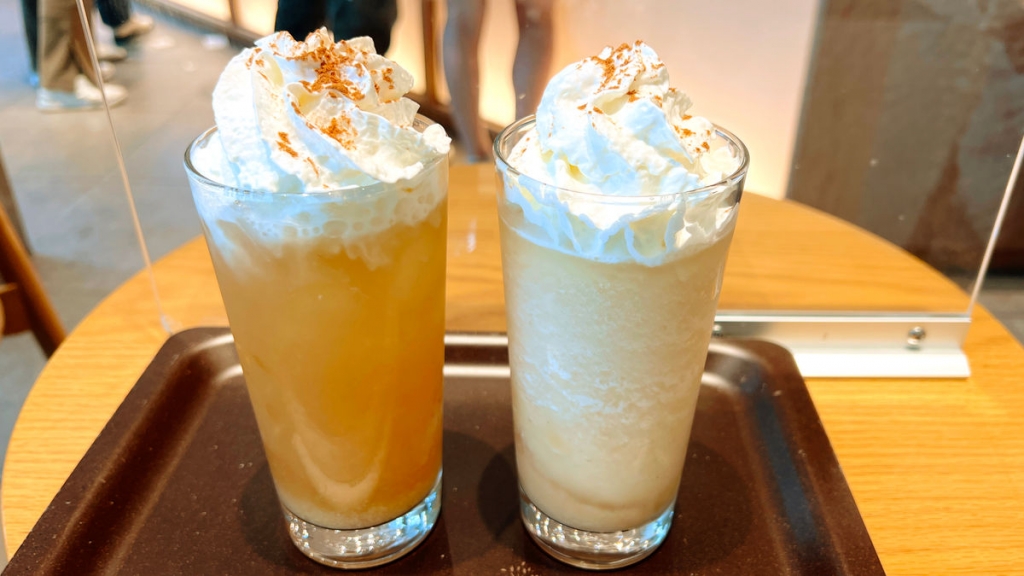 The caffeine-free Peach Tranquility Tea is a blend of peach, with hints of pineapple, lemongrass, and chamomile.

Oolong, mate, and rooibos teas are combined to create the Majestic Chai Oolong, which is then flavored with classic chai ingredients like cinnamon and black pepper. With or without milk, this flavorful mixture would taste fantastic.

Although the two flavors have a dramatic contrast, they pair well because Peach Tranquility softens some of the Majestic Chai Oolong's more assertive undertones, and the addition of whipped cream and cinnamon to the Frappuccino further enhances the flavor. The beverage also contains genuine peaches.

The flavors are available in limited quantities.