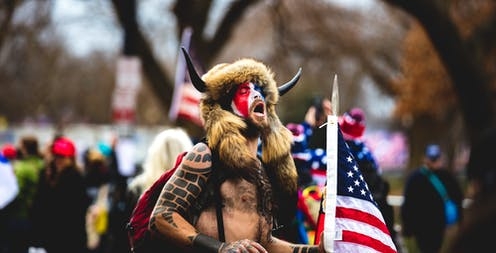 The arbitrary distinction between online and offline means much hate speech and abuse goes unnoticed until it’s too late. (Shutterstock) 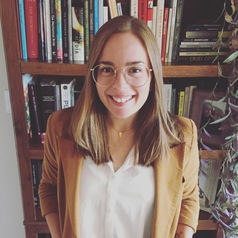 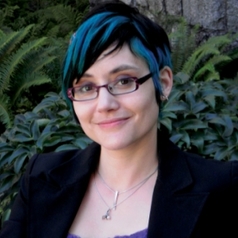 The new docuseries, Q: Into the Storm, is an investigation into the QAnon conspiracy theory and the shadowy online subcultures and spaces that fuel it. An important narrative throughout the series is the negative consequences of online speech, which demonstrates the danger of digital dualism: the tendency to treat online life as distinct, separate and sometimes as less real from offline life.

In our academic research and daily lives, we’ve noticed examples of digital dualism everywhere. Sometimes these examples are subtle, though pervasive.

Consider, for example, Canada Post’s slogan “Delivering the online world,” or the subheading in a recent New York Times article, which cautions that “extremists have built a web of real and online connections.” The dualism here is in the use of the word “real” to describe offline, which implies that online is less real.

Making a distinction between online and offline life was not always a problem. Throughout the ‘80s and '90s there were compelling reasons to think of life in front of a screen and away from a screen as distinct. But thinking about life away from a screen today is much harder to imagine, particularly with the nearly ubiquitous adoption of smartphones and the fact that our political, social and economic lives are increasingly digital. This is perhaps truer today than it was just over a year ago.

In recent research, we studied the tendency to make this distinction and explored the negative consequences of digital dualist assumptions.

Other research examined the experiences of those targeted by online abuse and found evidence that digital dualism prevents them from finding proper support. Some participants explained that friends, family, mental health care providers and perpetrators themselves dismissed online abuse as “just words” that are “just online.” When online abuse is downplayed as harmless speech, and as something that is separate from life offline, it can prevent people from getting the help they need. This can result in psychological, emotional or economic trauma.

Q: Into the Storm shows several examples of how online speech influenced violent and abusive actions that hurt people. The docuseries shows the current owners of 8chan (now 8kun), father and son duo Jim and Ron Watkins, as having unfettered dedication to free speech. This is contrasted with 8chan’s original founder/creator Frederick Brennan’s realization that an absolutist approach to free speech is highly toxic. At one point in the documentary, Brennan explains: 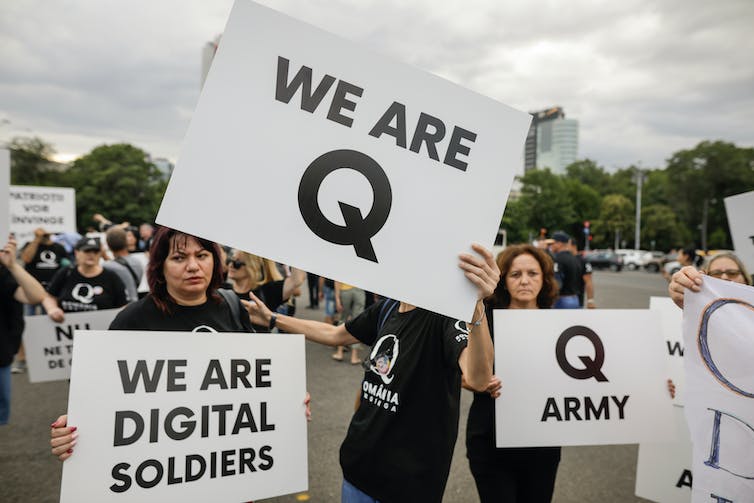 Conspiracy theories like QAnon have further blurred the line between online and offline. (Shutterstock)

By examining examples such as QAnon, the Jan. 6 Capitol Hill attack or the Christchurch mosque attack, the docuseries shows that distinguishing between online and offline life makes little sense. Drawing a line between where online harm ends and offline harm begins is arbitrary, and most attempts to do so focus on when harm becomes physical which is a misstep.

So how can we encourage others to stop adopting a mindset of digital dualism?

To start, we need to recognize that our online lives are our real lives. As our lives become more interconnected with digital devices — dating, working, shopping, learning, seeking health care — this distinction is no longer useful.

We need collective efforts to change how we speak, think about and treat online life. Documentaries like Q: Into the Storm that show how online messages have dramatic offline impacts will help, but we need to think about how other media can change as well.

For example, we could begin to change the way this issue is portrayed in the news. There is precedent for this. In the past major outlets have strategically modified the language they use to talk about certain issues. In 2019, the Guardian changed the language it uses to discuss climate change, and last year BuzzFeed decided to use the language of “collective delusion” to describe QAnon.

A similar editorial decision to stop using words like “real” as the opposite of online can begin to change how we think about the social digital landscape. These changes in turn, will begin to influence how people talk about online activity, and help people consider the link between online and offline actions.