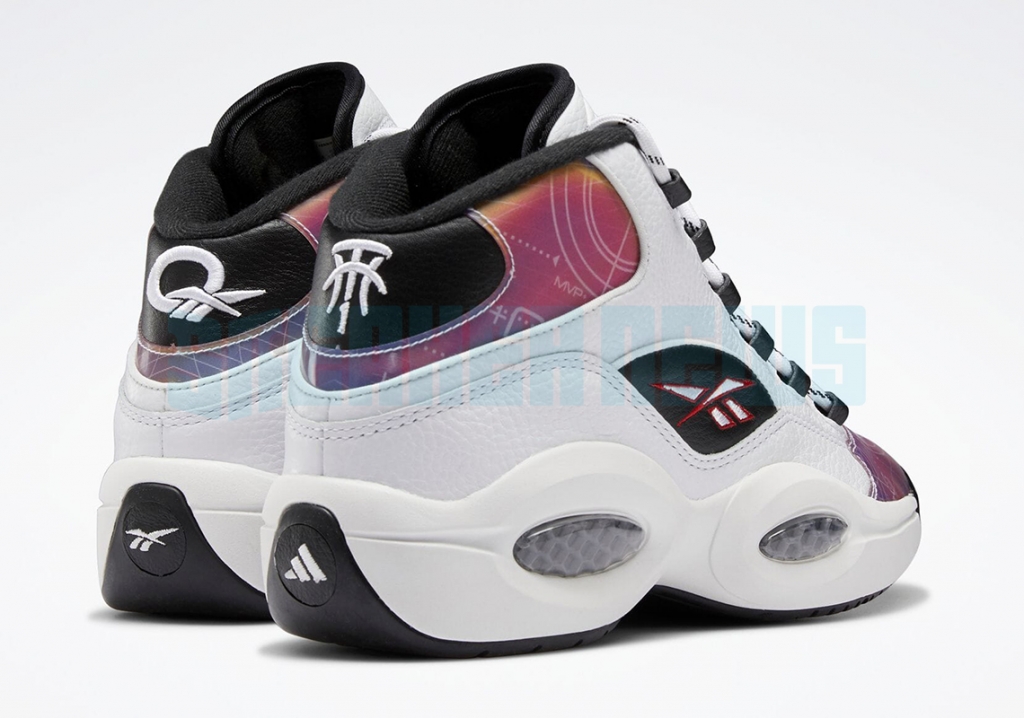 The Reebok  Question Mid features Tracy McGrady’s T-Mac logo on the heel of the right shoe and the medial side of both shoes.

Despite adidas selling off Reebok, the formerly co-owned brands are proceeding with its crossover offering that honors NBA Hall-of-Famer Tracy McGrady.

The Reebok Question Mid features Tracy McGrady’s T-Mac logo on the heel of the right shoe and the medial side of both shoes.

The adidas logo is on the right tongue.

A chameleon-like palette of colors on a futuristic pattern appears on the ankles and toe-caps.

This shoe is slated to launch sometime in 2022, with details of its official release still to be announced.

In 2006, adidas bought Reebok along with Rockport, CCM Hockey, and Greg Norman brands.

adidas sold Reebok to Authentic Brands Group in August for up to € 2.1 billion.