No, not again! A third straight La Niña is likely – here’s how you and your family can prepare

The proportion of South Korean-made solar modules was at 68 percent as of June this year, down by 5 percentage points from 2017. 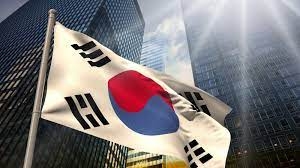 South Korea plans to go carbon neutral by commercializing 14 carbon capture and utilization products by 2030 and to invest over 100 billion won annually for the development of the technology beginning 2023.

The progress of commercialization will be based on the technology available in the next decade.

South Korea's Ministry of Science and ICT will support local research in the carbon capture and utilization technology, which is still in the early stages of development.

It also aims to lower the cost of carbon capture processes from the current $70 per ton of carbon dioxide to $20 per ton by 2050 and pursue technologies in chemical and biological conversions of carbon dioxide, and carbon mineralization.