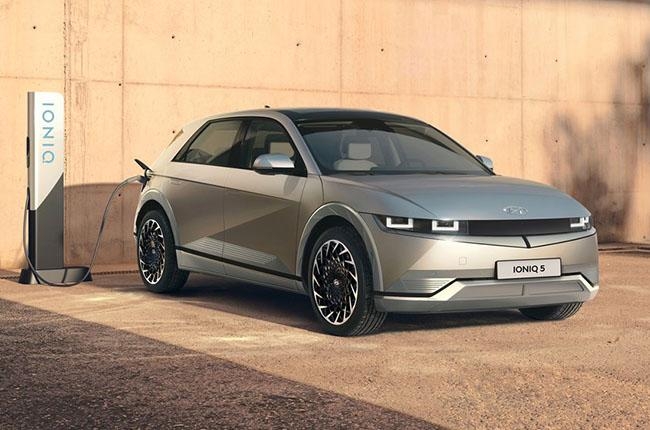 Eco-friendly vehicles accounted for 30.3 percent of South Korea's vehicle exports from January to May, which amounted to $20.45 billion, according to the Korea International Trade Association.

It was an 8.7 percent year-on-year increase from the 21.6 percent increase in the same period last year.

The increase in eco-friendly car sales volume and amount is attributed to the global carbon-neutral initiatives as more electric vehicles such as Hyundai Motor's IONIQ 5 and Kia's EV6 begin to be sold in the US.

According to the Korea Automobile Manufacturers Association's data, eco-friendly cars accounted for 23.8 percent of the total 91,260 vehicles exported from January to May this year. This is an increase of 6.4 percentage points from the same period last year, surpassing 20 percent in terms of export volume for the first time.

With 26,597 units exported, the Renault Korea XM3 had the most hybrid vehicle exports, followed by the Hyundai Motor Kona with 14,422 units and the Kia Niro with 13,078. 119 of the hydrogen-powered Nexo cars were exported.

The current upward trend in exports is anticipated to remain for the time being, notwithstanding the current appeal of environmentally friendly vehicles.

In the US, eco-friendly car sales from Hyundai Motor and Kia reached 9,691, jumping 82.1 percent from the same period the previous year.

Additionally, Hyundai Motor aims to introduce the IONIQ 6, the first pure electric sedan, and the GV60, a pure electric vehicle from its Genesis luxury vehicle division, in the United States, which is anticipated to boost sales of its environmentally friendly automobiles.