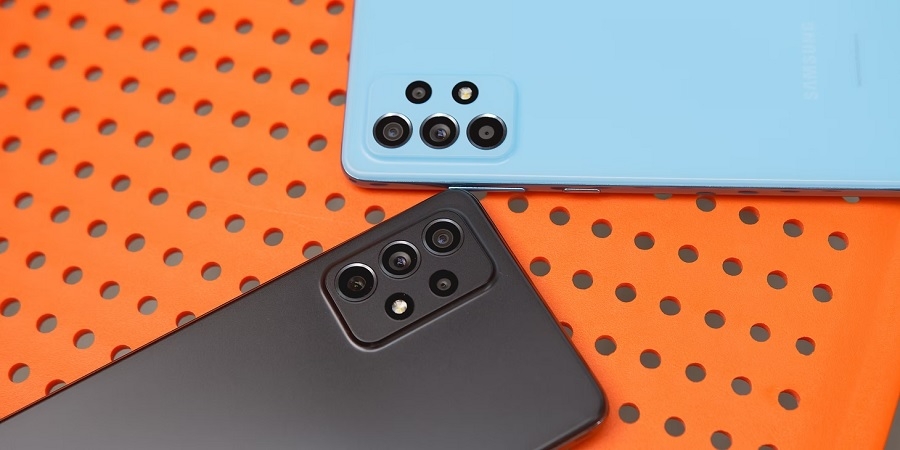 Samsung is reportedly planning on adding more non-premium Galaxy phones to the list of devices shipping with Ingress Protection rating. The company is expected to refresh at least one model of Galaxy A-series phone next year that did not have a dust and water resistance feature in 2021.

The Elec reports that the upcoming Galaxy A33 will join the very short list of Galaxy A-series phones that are IP certified. The publication says Samsung plans on using a material with pores that are small enough to prevent water drops and dust from penetrating, but just big enough not to obstruct the airflow. The same report claims Samsung would also use a rubberized waterproof silicone to increase the protection of the device.

The report was not clear what IP rating Galaxy A33 is going to get. But the device may likely get the same IP67 certification provided to the Galaxy A52s 5G and Galaxy A72 earlier this year. The phones’ official pages on Samsung.com indicates that the IP67 rating means that they did not sustain damage after being submerged in up to 1-meter freshwater for up to 30 minutes during tests.

In both cases, however, Samsung also reminds customers that the devices are not advised to be exposed in a beach, pool, and soapy water. The added substances present in non-freshwater might have different effects even on smartphones with IP ratings.

Introducing more mid-range Galaxy phones with IP certification is reportedly one of Samsung’s strategies to better compete with brands like Oppo and Xiaomi in the mid and low-range smartphone market. But the same publication claimed producing more Galaxy A-series phones with water and dust resistance would “simplify” the manufacturing process and would reduce production costs.

Samsung has yet to announce the Galaxy A33, but it is one of the devices that entered the rumor mill in recent weeks. Previous leaks suggest it would sport a 6.4-inch FHD+ AMOLED display and could be one of the new phones to lose the 3.5mm headset jack. The mid-range phone is expected to arrive sometime in early 2022.