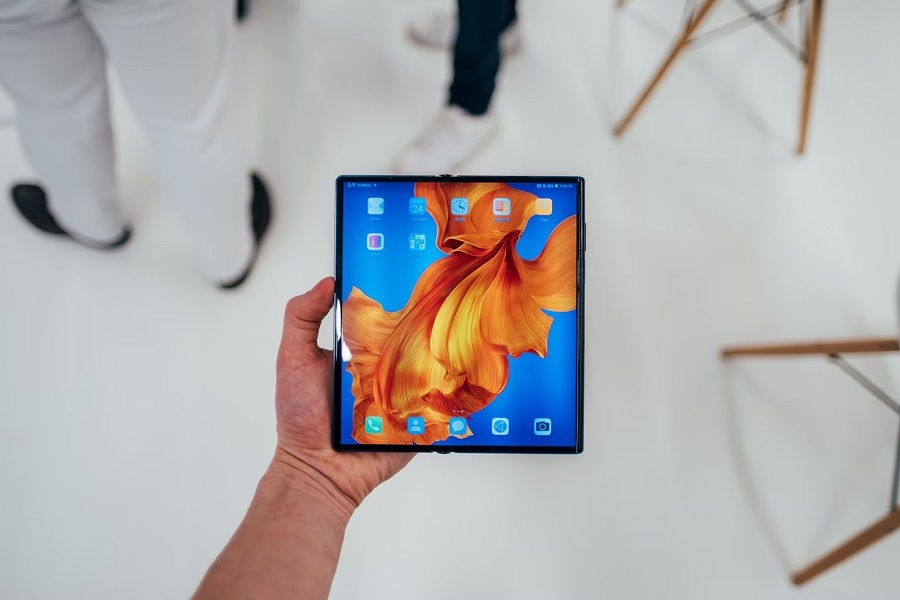 A Huawei supplier has reportedly started producing a crucial component for an upcoming foldable smartphone. However, it is not intended for the existing Mate X series as the company is expected to introduce a new device that looks like the Samsung Galaxy Z Flip.

Huawei is expected to expand its line of foldable phones soon with the reported mass production of the hinges for a new clamshell-type device. The report comes from a known Weibo leaker, who said a new type of hinge would be supplied by Zhaoli Technology.

The Huawei flip phone’s hinges reportedly require fewer parts, so it is expected to increase the mystery device’s profitability. But the same source noted that the new mechanism would not “reduce the quality” of the final product. However, there was no mention of the technical specifications of the rumored Huawei flip phone. But the leaker said it would be a stylish device that will be sold in appealing color options.

The illustrations from the said filings have slightly different designs, though. In one of the filed patents, the device appears with three rear-facing cameras, while on the other, there are two camera cutouts beside a secondary screen that appears much larger than the one on Galaxy Z Flip 3.

At the time, it was not clear when and if Huawei was going to turn the patent into a real product. It is worth noting that tech companies typically apply for patents even though they do not have immediate plans on releasing a product based on those designs.

However, with recent reports that the hinge – one of the most crucial components in a foldable phone – has entered mass production, it appears that Huawei is closer to introducing its first flip smartphone. The same Weibo leaker said that Huawei does not encounter any issues with its plans. The new clamshell-type phone could be introduced in late December.