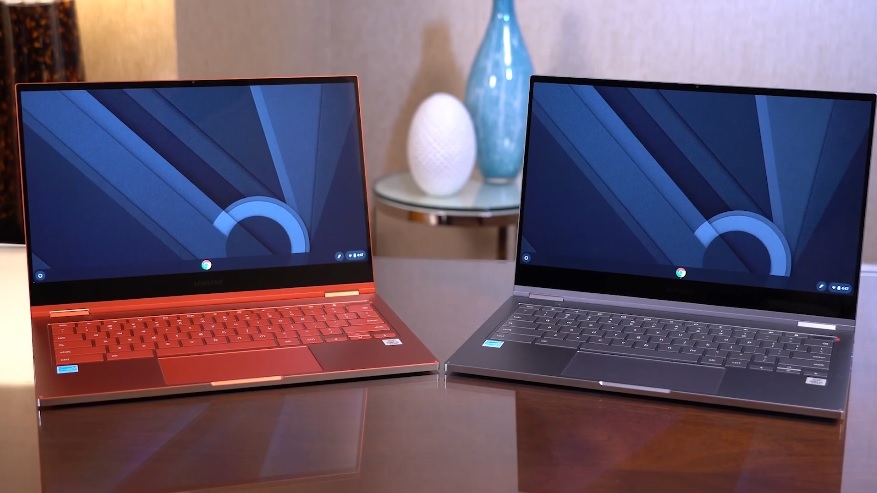 Samsung’s plans to launch its next Chrome OS-powered notebook have been leaked, but the details might leave fans cautiously excited about the upcoming hardware. Aside from a very few design changes, its reported features and specs, interestingly, do not indicate the presence of a fingerprint reader and a CPU upgrade.

Reliable leaker Evan Blass previously reported that Samsung has been working on the Galaxy Chromebook 2, and earlier this week, he released an image render offering the first look on the rumored Chrome OS-powered notebook. Those familiar with its same name predecessor will immediately notice the color variants are the same. The first Galaxy Chromebook was released earlier this year with two color options called Fiesta Red and Mercury Gray.

Overall, the design of the Samsung Galaxy Chromebook 2 looks very similar to the first-generation notebook, except for the new placements of some ports. One notable design change is that the edges of the laptop have the same color as the rest of its body, unlike the first Galaxy Chromebook. The laptops released last April has sides with a different color, for example, the Fiesta Red variant’s edges are colored silver.

Meanwhile, another leaker, Twitter user WalkingCat, shared a list of supposed Samsung Galaxy Chromebook 2 specs. It is expected to be the first Chromebook to sport a QLED display, but its screen size will remain at 13.3” with 4K resolution. The laptop is also rumored to offer a “premium sound” that is supposedly “178% louder” than the first generation.

The listed features do not include a fingerprint scanner, which was present in the first one. WalkingCat’s report also mentions Samsung Galaxy Chromebook 2 will have an “Ultra Slim Profile” but indicate its weight will be at 2.75 lbs, which is heavier than the first Galaxy Chromebook that weighs 2.29 lbs only. It should go without saying, but tech fans should take these leaks with a grain of salt.

The first Galaxy Chromebook was announced last January but did not arrive in stores until April. The Samsung Galaxy Chromebook 2 is rumored to be launched in February 2021, which is possible since it is not the only Samsung device reportedly launching earlier than usual next year.